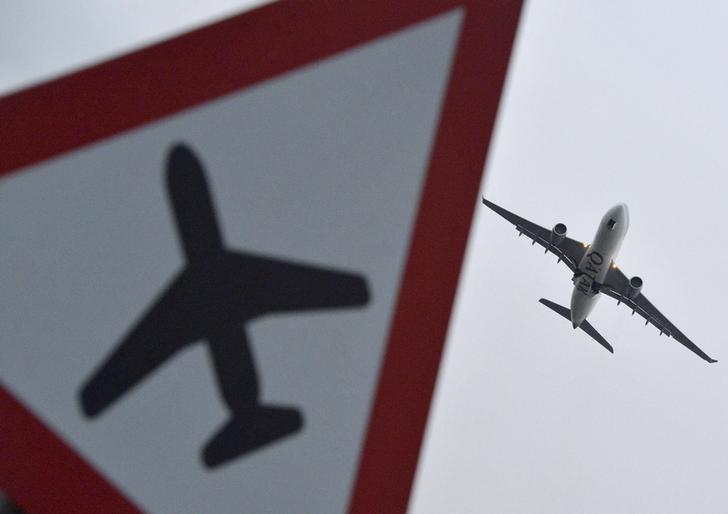 London City Airport’s new owners are offering 2 billion pounds for the east London airport. But with such a generous price, who will really pay? Some airlines are worried that it will be them, through higher landing charges. The new proprietors, who include Ontario Teachers’ Pension Plan, may have more benign ways to make the deal stack up, but they might also find they have few other options.

The airport beloved of the capital’s financiers made EBITDA of 72 million pounds in 2015, according to a person familiar with the situation. That suggests an acquisition multiple somewhere around 30 times. After adjusting EBITDA for a 20 percent tax rate and depreciation of around 20 million pounds, the new owners can look forward to a measly 1.7 percent return on investment, if they don’t do something dramatic.

If airlines aren’t going to pay more, passengers will have to. In 2014, City made on average 19.02 pounds for each of its 3.65 million passengers from aeronautical activities such as landing charges. It also made 6.24 pounds per passenger selling them things in the departure lounge, plus a smaller amount from business flights.

Imagine City can do what it says it can do in its masterplan for redevelopment, and double passengers to 8 million – yet the amount airlines pay per passenger doesn’t change. It would now be looking at a return on investment of around 5 percent. That’s thin but perhaps not disastrous for an airport – the Civil Aviation Authority estimated in 2014 that Heathrow’s cost of capital was only 5.4 percent, although City’s will be somewhat higher.

The catch is that London Mayor Boris Johnson blocked the masterplan last year. So doubling passengers might not be in the airport’s gift. IAG boss Willie Walsh has publicly warned City that if charges rise, his roster of airlines that includes British Airways could head elsewhere. City would then have to shift a lot of neck pillows and copies of Grazia to make the numbers work.

(The calculation of potential future return in the fourth paragraph of this item has been corrected to around 5 percent from 6.4 percent.)

Willie Walsh, chief executive of airline group IAG, has said that the new owners should be left in no doubt that British Airways could move flights elsewhere if City Airport ramps up airport charges to fund its investment.

Willie Walsh, chief executive of airline group IAG, has said that the new owners should be left in no doubt that British Airways could move flights elsewhere if City Airport ramps up airport charges to fund its investment.