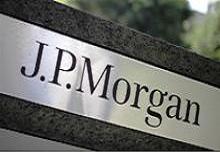 The JPMorgan banker’s resignation leaves a hole in the London market. Candidates to fill it are rival investment banks and Hannam himself, assuming he clears himself of market abuse charges. But it’s also possible that some of the business he generated just won’t come to London.

A sign is seen outside the JP Morgan office in Los Angeles, California, October 12, 2010. JP Morgan was the leading M&A adviser on announced M&A deals with a US involvement during the first quarter. REUTERS/Lucy Nicholson

The UK’s Financial Services Authority on April 3 said that it had fined Ian Hannam, the chairman of capital markets at JPMorgan, 450,000 pounds for market abuse.
Hannam is one of the most high-profile victims of the FSA’s crackdown on leaking of price-sensitive information about companies. JPMorgan said he had resigned in order to concentrate on appealing the ruling.
The FSA said that Hannam had disclosed inside information about his client, Heritage Oil, in two emails sent in the autumn of 2008. The first email, sent in September, contained information about a potential bid for Heritage. The second email, sent in October, contained information about a new oil find by Heritage.
The FSA said that Hannam did not benefit from passing on the information, and that there was no evidence that anyone had dealt in shares as a result. The FSA acknowledged that Hannam did not set out to commit market abuse, but said his failings were serious “in view of his experience and senior position within JPMorgan”.
Hannam said: “Appealing the case while still at the firm would be an unfair distraction to my clients and colleagues. It is important to note that the FSA has not challenged my fit and proper status and has accepted that I acted with honesty and integrity. I strongly believe, and have been advised by my legal counsel, that the FSA’s conclusions are wrong and I look forward to challenging them in an independent tribunal.”