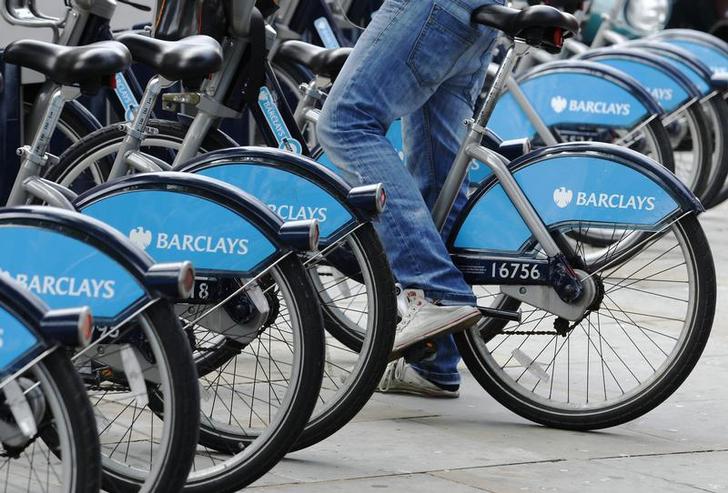 As requested – a list of potential replacements for the cycle hire scheme, which seems to have no place in Antony Jenkins’ cuddly new Barclays. No matter. There are many impressive potential candidates out there.

JPMorgan. Because London still loves finance. And like Barclays, this bank needs fewer scandals and more feel-good factor. “London Wheels” not “London Whales”, if you will. We’ll ask Big Mike Bloomberg to put in a word with Jamie.

Wonga. Disruptive technology and a fast-growing UK success story – what’s not to like? Wonga loves the pricing model – 2 pounds to get going and 50 pounds if you keep the bike 24 hours. But it suggests going further. Why not let users keep rolling over their bike hire, and clock up a full year for just 5,583 pounds?

Google. High-tech proposal, with sensors added to bikes, which will technically be domiciled in Dublin for tax reasons. Diplomatic contacts suggest this sponsor would be popular with U.S. leadership, especially NSA boss Keith Alexander.

Vodafone. A love for cycling helped boss Vittorio Colao bond with his Verizon counterpart, Lowell McAdam. Now Colao has sold out of the duo’s mobile phone partnership, a ton of cash is headed back to Britain. Why not put some into bikes?

Ryanair. Obvious transport link. Halo effect would be good for boss Michael O’Leary, who’s trying to win round angry customers. Please note the airline’s proposal might need finessing – they want to charge 10 pounds extra for handlebars, and 25 pounds for a back wheel.

A man hires a Barclays sponsored bicycle from a cycle rack in London.

Barclays said it will not renew its sponsorship of London’s cycle hire scheme when the current contract expires in August 2015. In a statement on Dec. 11 the bank said the “commercial decision” followed a “strategic review of our sponsorship programmes”.

However, Graeme Craig, director of commercial development at Transport for London, told the BBC that Barclays had “not pulled out”. He said the transport authority would go to the market as soon as it could to find new “sponsors who want to commit to improving cycling in London”.