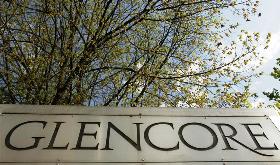 How many banks does it take to put together a friendly, all-share merger – and one that’s been on the cards for years anyway? If the companies are Glencore and Xstrata, the punchline is seven – plus a lone banker acting as go-between. And despite the abundance of expensive wisdom informing the negotiations, this mega mining deal clearly needs wider shareholder support.

To be fair to Glencore, the commodity trader is using only using two key banks – Citigroup and Morgan Stanley. That’s pretty much the minimum for multi-billion dollar transactions today. But Xstrata has five – Deutsche Bank, JPMorgan, Goldman Sachs, Nomura and Barclays Capital.

To be sure, any big deal is complicated. And you’d expect Xstrata to need more help: it is selling out to its biggest shareholder and must be seen to be crafting a fair deal. But it still seems a bit much. Barcap’s role as “equity adviser” stands out. There’s no significant financing required, whether in debt or equity, and the two companies are already semi-merged thanks to Glencore holding a 34 percent founding stake in its target. Moreover, Deutsche and JPMorgan are playing the additional role of UK corporate broker – a specialist service focused on relationships with core investors.

Still, ties between corporations and their advisers are long term. It’s not unheard-of for CEOs to appoint banks as a reward for past services or to keep them sweet for future mandates. Even if the actual involvement and cash fees are low, the engagement brings all important league-table credit and bragging rights.

Gamesmanship over rankings is unedifying, but does it matter much? After all, it’s hard to get too worked up about the sanctity of league tables. A huge line-up could hurt shareholders’ interests if independent research was silenced, or a counter-bidder couldn’t find funding and advice. But several big investment banks remain unconnected to the deal, so such worries look surmountable.

The real damage would be if the fees on the deal are proportionally higher because of the number of bankers involved. That may be a small extra cost in the context of a $90 billion tie-up. But the bigger expense would be in reinforcing the view of investors that the people who benefit most from M&A are management and investment bankers.

Seven banks and an independent consultant are advising Glencore and Xstrata on the companies’ proposed “merger of equals”, which has met opposition from some Xstrata shareholders. Glencore hired Citigroup and Morgan Stanley as financial advisers.
Xstrata hired Deutsche Bank and JPMorgan as financial advisers and corporate brokers, with Goldman Sachs and Nomura as financial advisers. Barclays Capital is an “equity adviser”.
Michael Klein, a former chairman of investment banking at Citigroup, helped broker the deal by serving as a “strategic consultant” to both sides.