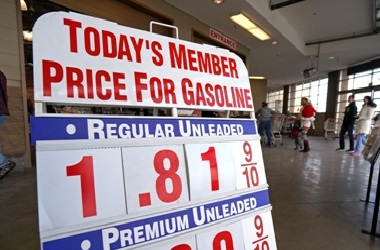 Big Oil is too confident about crude prices. After a 40 percent rally from January’s six-year low, the momentum has been on the upside. But the current prices – $65 a barrel for Brent and $60 for WTI – look more like a ceiling than a floor.

That is not what many insiders seem to think. Some oil service companies expect mid-$70s Brent by the end of this year. Anglo-Dutch Shell assumed oil will rebound to $90 by 2018 in its $70 billion takeover of the UK’s BG Group. Some believe that the steep cut in capex costs will affect supply, including shale, and boost prices again.

But such predictions may underestimate shale’s potential. Lower drilling and pumping costs, among other efficiencies, have pushed the breakeven cost of shale down to about $60, Goldman Sachs estimates. Lower oil prices have also helped cut costs, since shale drilling is energy-intensive.

The broker sees room for further cost declines in the three main shale basins in the United States: Eagle Ford, Bakken and Permian. If these materialise, shale could reach a $50 per barrel breakeven by 2020. Costs could keep falling as drillers gain more experience with shale, which is more akin to a manufacturing process than traditional oil drilling.

Under its optimistic scenario, Goldman reckons that additional production from OPEC and U.S. shale would be enough to cover the expected growth in global oil demand through 2025, without the need for any new non-OPEC deep water, heavy oil and LNG projects. Consultants at IHS think bringing shale techniques to mature conventional oil fields could unlock up to another 140 billion barrels of potential production worldwide – the equivalent of adding another Russia to global oil reserves.

Lower prices will stimulate some additional demand, but it looks like the oil industry faces years of oversupply. That means more downward pressure on the price.

The price sign outside Costco in Westminster, Colorado, shows gas selling for US$1.81.9 for the first time in years, December 23 2014. REUTERS/Rick Wilking