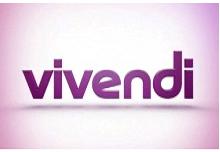 Will the music ever stop for Vivendi’s bosses? They recently rejected a bid from Japan’s SoftBank for Universal Music, says a person familiar with the matter. The French entertainment and communications conglomerate has been trying, with little success so far, to scale back in telecoms and focus on media. But why not go a step further? Rebuffing this rich, all-cash offer – $8.5 billion, the Financial Times says – leaves Chairman Jean-Rene Fourtou with more explaining to do.

Just as pop fans prefer downloading singles to buying albums larded with other mediocre songs, investors nowadays prefer focused companies. So Fourtou is trying to tackle Vivendi’s big “conglomerate discount”. But what he wants to sell isn’t shifting. Attempts to sell Brazilian broadband unit GVT and a stake in U.S. videogame outfit Activision have foundered; a sale of a stake in Morocco’s Maroc Tel is dragging; and the mooted listing of French mobile group SFR won’t happen for another year at the very least.

Yet, Universal is a keeper. No matter that the offer exceeds the estimates in many analysts’ sum-of-the-parts valuations, such as Liberum Capital’s $8.1 billion, or UBS’s $7.8 billion. Vivendi sees its future in media. The music business is regaining strength and Universal, which recently bought parts of EMI, is the industry leader.

Still, Vivendi’s “content” offering is a ragbag: music and French TV group Canal Plus. What real benefits flow from housing the two under the same roof? Both units have capable managers. Financial benefits are trivial, and the disparate businesses can’t have much to learn from their stablemate. The rejection of the SoftBank approach increases the pressure on Vivendi to explain why exactly this makes sense.

An alternative would be to take the current plan a step further and dismantle Vivendi entirely. No one unit could assume net debt of 13.2 billion euros, so disposals such as Maroc Tel are still required to de-lever first. SFR could then assume most of the remaining debt. As now, some other units could held for eventual sale at an acceptable price. Universal and SFR could be spun out to shareholders. Eventually the music would stop, and team Vivendi could pack up and go home.

Vivendi rejected an $8.5 billion offer from Japanese telecoms group SoftBank to acquire Universal Music, the Financial Times reported on July 18, citing people familiar with the proposal. Vivendi rejected the all-cash offer for the world’s biggest music group, made about 3 months ago, because it sees music as central to its strategy.
Vivendi declined to comment on the report. Shares in Vivendi rose 0.95 percent by 0750 GMT on July 19, to 15.36 euros a share. SoftBank completed its $21.6 billion takeover of Sprint Nextel Corp, the U.S. mobile carrier, on July 10.