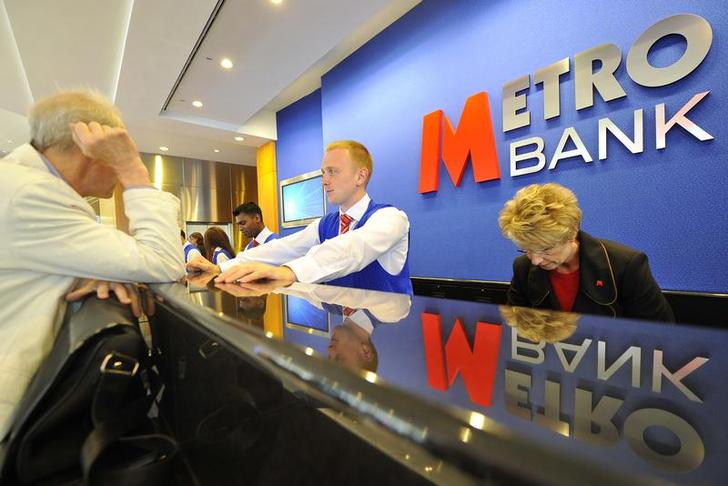 Up and down. The U.S. Securities and Exchange Commission’s first stated goal is to protect investors. Restrictions during Donald Trump’s presidency on so-called proxy advisers, firms that help shareholders decide how to vote on corporate matters, seemed like a move away from that in favor of company bosses. President Joe Biden’s SEC on Wednesday pushed to reverse those changes.

Chair Gary Gensler’s agency is proposing to scrap rules approved last year that increased legal liability for advisory firms like Institutional Shareholder Services and Glass Lewis and required them to share recommendations early on with corporate executives. The SEC also adopted final rules requiring companies to use universal ballots for director nominees. That puts all candidates for board seats on one form instead of the outdated use of separate proxy cards for names proposed by the company and by investors with alternative ideas.

The denizens of boardrooms may regain the SEC’s ear after the next presidential election. For now, though, the agency is back on mission in support of investors, from retirees to cage-rattling activists like Elliott Management. (By Gina Chon)

On the bank burner. Private equity’s lengthy tour of the UK banking sector has yielded nothing. Buyout group Carlyle on Thursday ended talks with 190 million pound Metro Bank, sending the troubled lender’s shares down 19%. Supermarket J Sainsbury in October decided not to sell its financial-services unit, which was being eyed up by Centerbridge Partners, according to Sky News. Discussions between The Co-operative Bank and Cerberus last year went nowhere.

There’s logic to the idea of taking a UK bank private. Small lenders could grow into a higher valuation with the help of a buyout group’s capital infusion. But hitting a private-equity style return requires pushing into riskier loan categories and mammoth cost cuts. Finally, low sector valuations arguably make deals harder. Metro trades at roughly 0.2 times forward tangible book value, using Refinitiv data. With a typical 30% offer premium, shareholders would cash out at 0.3 times. Yet CEOs may think they can get to similar mark with their own turnaround plans. That means bank boards and suitors being far apart on offer-price expectations. (By Liam Proud)

BioTech is a baby compared to 31-year-old Vivera, a meat-substitute maker that JBS bought in April for 341 million euros. The factory investment suggests it was after the Spanish firm’s technology and plans to take care of the rest itself. The deal mirrors the shift by consumer goods giants to snapping up early-stage companies to get ahead of big trends, such as selling direct to consumers. As Unilever learnt from its 2016 purchase of razor merchant Dollar Shave Club for $1 billion, it takes a while for hot startups to show up in the top line. (By Dasha Afanasieva)

Washout. China risks taking one step forward and two back. The State Cabinet, which supervises the central bank, has mandated a $31 billion special relending facility to support “clean use of coal”. The People’s Bank of China will fully cover the borrowings; the cheap loans it just announced to help cut carbon emissions only receive 60% backing. Both facilities allow companies to borrow at the benchmark lending rate.

The funds are for improving efficiency in mining and processing the fossil fuel. The country is dependent on it for almost 60% of energy consumption, and a domestic power crisis prompted a 4% increase in China’s coal production last month. So any efforts to reduce its pollution should be welcomed.

But they will only make coal a bit less dirty. Calling it “clean” raises the spectre of greenwashing. The PBOC already tried to exorcise that from the financial industry earlier this year by making “clean coal technologies” ineligible for green-bond issuance. Now that principal may be going up in smoke. (By Yawen Chen)

The acquisition of the Chardonnay maker pours out an inoffensive 6.5% return on investment for Treasury Wine, based on this year’s earnings. It should taste better after being left to breathe: Frank’s top line has been growing at a compound rate of 9% in recent years, and its 35%-40% operating margin is more than double Treasury’s. The buyer’s more extensive distribution network could get sales chugging faster, too. It could be a vintage deal. (By Antony Currie)

Unlucky streak. China’s iQiyi, the country’s answer to Netflix, just can’t catch a break. Amid disappointing revenue growth, the operating loss at the streaming service owned by search engine giant Baidu widened to 1.4 billion yuan ($220 million) in the three months to September, from 1.2 billion yuan in the same period last year. Broader macroeconomic woes have hit advertising dollars, while tightening censorship rules and pandemic curbs are holding up the launch of new online shows and movies. At the low end of the company’s financial guidance, iQiyi expects fourth-quarter revenue to fall as much as 5% year-on-year. Investors in New York promptly wiped out $1 billion in market value.

The content delays are worrying. iQiyi lost 2.6 million subscribers since June, and analysts at China Renaissance reckon another 3.5 million will walk by the end of December. The stock is now down three-quarters from a March peak this year. China’s once-rising video star is in need of a new plot. (By Robyn Mak)