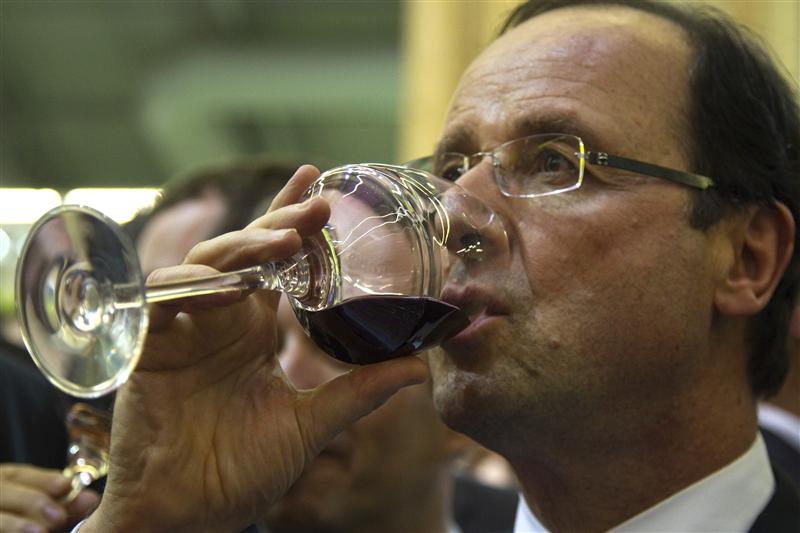 China’s apparently unquenchable thirst for fine wine has reshaped the industry in recent years. The combination of growing wealth and the desire for ostentatious display have pushed prices of the best-known vintages into the stratosphere. Wine merchants now tell their European clients to forget about stocking cellars with top French labels.

So it’s not surprising that Western connoisseurs welcomed news of China’s investigation into wine imports from the European Union. Unfortunately for them, trade restrictions probably wouldn’t affect the best vintages. Most pricey wine doesn’t go directly to China, but to places like Hong Kong, where it avoids Chinese duties and taxes, which can be as high as 50 percent. Bottles are then stored as investments, or spirited over the border.

China imported 430 million litres of wine last year at an average price of around $6 per litre, according to customs data. Hong Kong, meanwhile, imported 50.6 million litres, but at an average price of more than $20 per litre. Hong Kong’s imports of Bordeaux were worth more than the mainland’s, even though China received four times as much volume.

If the Chinese can make peace with the EU over the latter’s solar panel tariffs, wine imports may not be restricted at all. But restrictions on wine will be most painful for low-end producers that benefit from Europe’s agricultural subsidies. Two-thirds of China’s imports last year came from the EU, the majority from France. Drinkers could easily switch to Australian or South American alternatives – or even try domestic brands.

Francois Hollande, then as a Socialist Party candidate last February, tastes a glass of wine as he visits the 49th Paris International Farm Show at the Porte de Versailles exhibition center in Paris (Reuters)

The Chinese government has launched an investigation into imports of wines from the European Union, Shen Danyang, a spokesman for China’s Ministry of Commerce announced on June 6. The move came after the European Union decided to impose tariffs on imports of Chinese solar panels.
China imported 430 million litres of wine in 2012, an increase of 8.9 percent, according to customs data. The average import price was $6 per litre, an increase of 8.5 percent. The European Union accounted for 290 million litres, or 67.6 percent of total imports. Imports from France were 170 million litres, or 40.4 percent of the total.
Hong Kong imported 50.6 million litres of wine in 2012, with a value of HK$ 8.06 billion ($1.04 billion), according to the Hong Kong Trade Development Council. Exports of Bordeaux wine to Hong Kong were worth 11.4 million euros in 2012, according to European Union data, while exports to China were worth 9.37 million euros.
The Bordeaux Index of 80-100 most-frequently traded wines dropped 2 percent in 2012, but is up almost 6 percent since the beginning of the year.