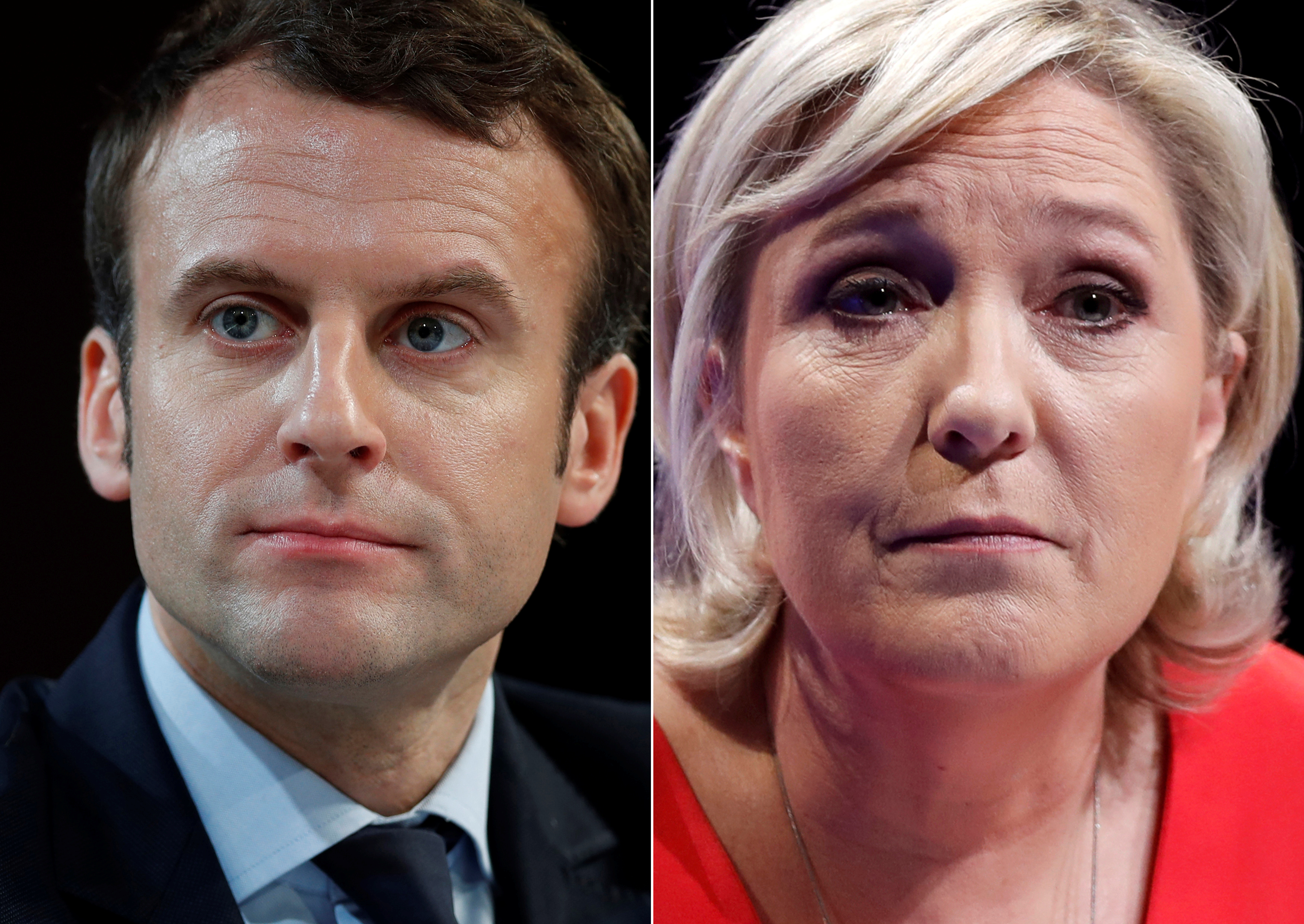 Projections show the centrist reformer will face the far-right Marine Le Pen in the election’s second round. Macron is the clear favourite – a relief for investors who feared the rise of anti-EU candidates. They risk ignoring how hard he will find it to deliver economic change.

A combination picture shows portraits of the candidates who will run in the second round in the 2017 French presidential election, Emmanuel Macron (L), head of the political movement En Marche !, or Onwards !, and Marine Le Pen, French National Front (FN) political party leader. Pictures taken March 11, 2017 (R) and February 21, 2017 (L).

Centrist Emmanuel Macron and far-right leader Marine Le Pen are set to face each other in a May 7 runoff for the French presidency after taking the top two spots in the first round of voting on April 23, early projections indicated.

With 33.2 million votes counted from France's 47 million-strong electorate, official figures from the Interior Ministry put Macron on 23.11 percent of votes and Le Pen on 23.08 percent, conservative Francois Fillon at 19.81 percent, and far-leftist Jean-Luc Melenchon on 18.62 percent.

Early projections from opinion pollsters had shown Macron ahead of Le Pen. Macron was projected to get 24 percent by the pollster Harris and 23.7 percent by Elabe while Le Pen, leader of the anti-immigration and anti-EU National Front, was given about 22 percent by both institutes.

Conservative presidential candidate Francois Fillon and his Socialist counterpart, Benoit Hamon, said that they would back Macron in the May 7 runoff.