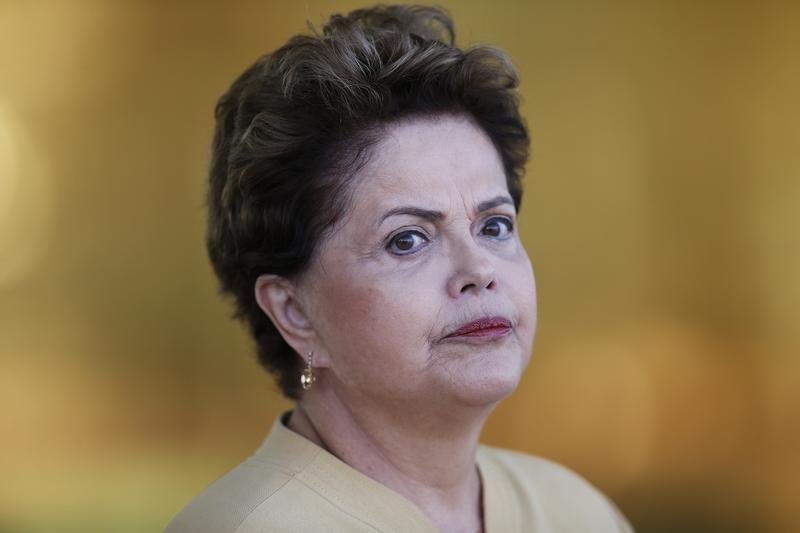 Brazil’s efforts to curb inflation are acquiring a Paul Volcker-like air of determination as the central bank cranks up interest rates, with at least one more hike expected. President Dilma Rousseff’s twin-track drive to fix an economy her policies helped hobble in her first term is losing her friends – but offers a shot at redemption.

Volcker, who headed the Federal Reserve from 1979 to 1987, is feted for conquering U.S. inflation with an iron commitment to raise rates, even at the cost of recession. Brazil’s central bank, headed by Rousseff appointee Alexandre Tombini, raised its benchmark interest rate by 50 basis points to a six-year high of 12.75 percent last week. It has hiked rates by 175 basis points since October.

That’s a risk for an economy already expected to shrink by at least 0.5 percent in 2015. But with the currency slipping to a decade-low 3 reais to the dollar and inflation reaching a nearly 10-year high through February of 7.7 percent, far above the government’s target, the Rousseff administration has little choice.

Much of the current economic woe is self-inflicted. Brazil’s central bank does not enjoy formal independence. Tombini, a quiet man known for his anti-inflation views, nevertheless cut rates zealously during Rousseff’s first term, in line with her express wishes, in a bid to fuel growth. The government tried to restrain inflation using other heavy-handed means, for example by holding down fuel and electricity prices.

Now Rousseff’s effort to fix her mistakes and recover investor confidence – via a fiscal adjustment drive as well as rate increases – requires such prices to rise. To counter the inflationary effect, markets are baking in further tightening when the central bank’s monetary policy committee meets again next month.

Volcker’s iron hand may have helped lose Jimmy Carter a second term as president in 1980. Tombini can’t cost Rousseff an election – she has to leave office anyway when her two consecutive terms end at the end of 2018. But he can hurt her popularity. The fiscal prong of the government’s austerity plan, led by Finance Minister Joaquim Levy, is already alienating her own Workers’ Party, unions and Brazilians on the street, and is running into resistance. The Senate last week rejected a presidential decree to raise payroll taxes and more congressional efforts to water down austerity measures are likely.

Inflation is a tax on the poor. Failing to tackle it in a country that has suffered the ravages of hyperinflation within recent memory would be an unworthy legacy for a leftist president. But Rousseff, who appealed to Brazilians on Sunday to back fiscal austerity policies, will need steely determination to see it through.

Brazilian President Dilma Rousseff on March 8 appealed to Brazilians to back fiscal austerity policies, while saying that the belt-tightening will last as long as needed and results will only start showing at the end of this year.

With the economy stalled and ties with her coalition allies in disarray due to a corruption probe at state-run oil company Petrobras, Rousseff needs support for unpopular steps to reduce a gaping deficit and save Brazil’s investment grade rating on its debt from a downgrade by ratings agencies.

“This is a process that will last as long as necessary to rebalance our economy”, Rousseff said in a nationally televised speech marking International Women’s Day. She said she expected the economy to start recovering at the end of this year.

Brazil’s consumer prices, as measured by the benchmark IPCA index, rose 7.7 percent in the 12 months through February, government data showed on March 6. That was the highest rate since May 2005 and well above the government’s inflation target, which is 4.5 percent with a tolerance margin of 2 percentage points. The central bank has pledged to drive inflation back down to 4.5 percent in 2016.

On March 4 the Brazilian central bank raised its benchmark Selic interest rate by 50 basis points to 12.75 percent, the highest level in six years. It was the third consecutive 50 basis-point increase.

A Datafolha poll published in February found those rating President Dilma Rousseff’s performance as “excellent or good” had almost halved to 23 percent since December, while those rating her as “bad or terrible” had almost doubled to 44 percent.