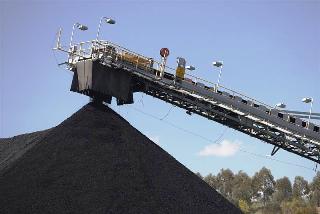 TCI, Chris Hohn’s investment fund, is raising the stakes in its tussle with New Delhi over the pricing of coal. The Children’s Investment Fund is planning to sue the Indian government and says Coal India is presided over by a “board of shame”. That’s fighting talk. The challenge, however, is to win the policy arguments as well as the legal ones.

The hedge fund says Coal India isn’t being run for the benefit of all shareholders. The company, it says, is selling its output at around 70 percent less than it could be. Hohn says it could make an additional $20 billion a year if it sold in line with open market prices.

That estimate looks optimistic. Yes, Coal India currently makes $8.30 of EBITDA per tonne of coal, compared to $26.90 at Indonesia’s Bumi or $45.70 at China’s Shenhua, according to Nomura. But the $20 billion number implies that Coal India would generate $55 of EBITDA per tonne of coal. While Coal India’s cost of production per tonne is lower than its competitors the quality of coal is inferior; and $55 would give it perhaps the highest margin in the world.

But, say, Coal India could double EBITDA per tonne. That might add $20 billion to the value of the company and take Coal India above Reliance Industries in the Sensex size rankings.

New Delhi is not convinced. The upside may be clear to TCI, but the government, which owns 90 percent of the company, is worried about the impact of higher coal prices on India’s power sector. But it is in this sensitive policy arena that TCI needs to make a better case. One of Indian firms’ most common complaint is not on pricing, but on shortage of supply. They are willing to pay higher prices – look at the recent spate of Indian businesses which have bought coal mines overseas.

Greater emphasis on this sort of logic would help TCI’s case in New Delhi no end. It might also generate shareholder value more quickly than rattling sabres. Since reform could make Coal India the biggest company quoted in Mumbai, the outcome could be win-win.

A stacker/reclaimer places coal in stockpiles after processing

The Children’s Investment Fund (TCI) has written to the Indian ministry of finance giving formal notice that it intends to launch dispute proceedings over the pricing policies followed by Coal India. Coal India, which is quoted on the Bombay Stock Exchange and is included in the Sensex equity index, is 90 percent controlled by the Indian state. TCI owns just over 1 percent and is the second largest shareholder.
TCI will pursue the dispute using two bilateral trade agreements between India and the UK, and between India and Cyprus (where TCI’s funds are domiciled), the Financial Times reported on March 28. In its letter, TCI says that the government has “seriously impaired the business activities and operations” of Coal India.
Alok Perti, India’s coal secretary, said he had not received a letter from TCI, according to local reports on March 27.
On March 26 Chris Hohn, the head of The Children’s Investment Fund, told India’s CNBC television station that Coal India is losing $20 billion annually on under-priced sales of coal. He said Coal India sells at a 70 percent discount to the fair market value. He called it a “theft of a national asset that belongs to the Indian people” and said Coal India was presided over by a “board of shame”.