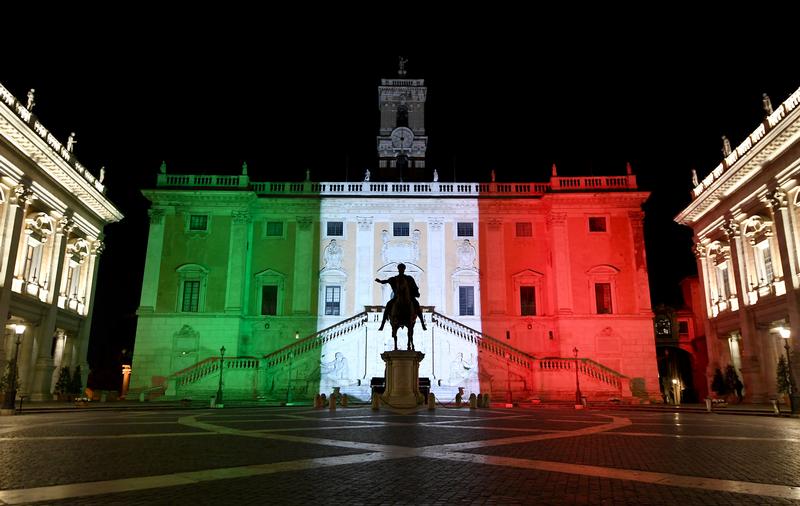 Italy is boosting its ‘golden powers’ to shield banks hit by a pandemic-led market rout from unwanted takeovers. Germany and France have said they are ready to inject cash in crisis-hit companies. If such plans materialise, EU’s banking union will be even worse than half-baked.

Rome's Town Hall is lit up with the colours of the Italian flag to show solidarity with the country as it continues to battle coronavirus, in Rome, Italy, March 17, 2020.

The Italian government on April 6 approved a decree to extend existing “golden powers”, which can be used to shield assets deemed strategic from hostile foreign takeovers, to banks and insurers.

The new rules, which build on legislation dating back to 2012, will also apply to transactions within the European Union. Sectors already covered by the ‘golden powers’ include defence, national security, transport, energy and telecoms.

Milan’s main FTSE MIB stock market index has shed around 30% of its value since Italy started to introduce a lockdown policy at the end of February. It rebounded 4% on April 7 amid a global stock market rally on hopes of an easing of the pandemic.

Germany’s Chancellor Angela Merkel’s government plans to bring in new rules to protect German companies from takeovers by entities based outside the European Union, Bloomberg reported on April 7.