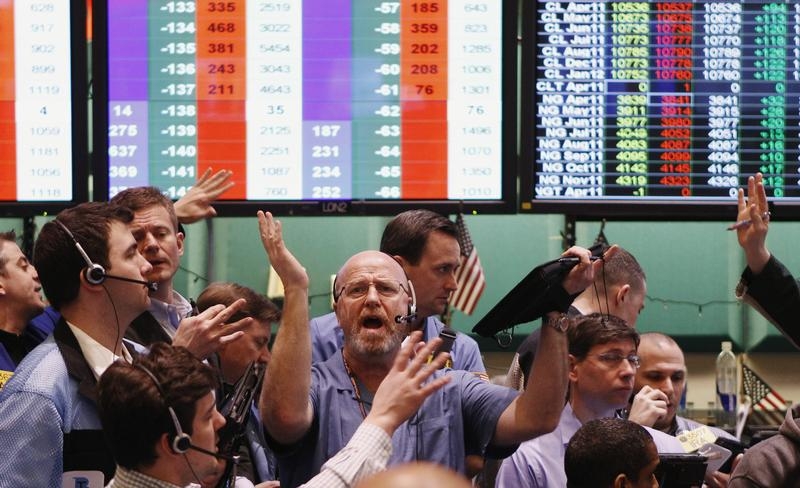 The old joke was that the stock market predicted nine of the last five recessions. Nowadays it’s central banks rather than economic fundamentals that have equity investors on tenterhooks.

It’s far from a rout but the mood has darkened slightly in recent days. The S&P lost 3.5 percent from March 2 to March 10, while the VIX volatility index rose 28 percent. Meanwhile Asia-Pacific stocks outside Japan are down 3.1 percent in dollar terms, the MSCI index shows. Yet Europe’s Stoxx 600 shed just 0.4 percent in the same period.

It’s all about monetary policy. The prospect of a rate increase from the U.S. Federal Reserve has soured the domestic mood. The dollar’s rise pushes down reported foreign earnings. And the pace of share buybacks, which have long helped propel U.S. share prices, is likely to slow as debt gets more expensive.

Meanwhile, Asian economic growth is slowing, but that probably matters less to the region’s stock markets than the actual rise in the U.S. currency and the expected increase in American interest rates. These encourage American investors to take a dimmer view of Asian stocks.

Conversely, the economic news in Japan has been disappointing, but the Bank of Japan is flooding the markets with money. The Nikkei 225 index is up 7 percent in 2015.

That looks more like the euro zone. Here anticipation, and now the reality, of the liquidity and weak currency brought by European Central Bank quantitative easing lies behind much of the 15 percent gain in the Stoxx 600 index in 2015.

Buoyant markets have spurred European insiders to sell shares at a record clip. As of March 6, “follow-on” stock sales totalled $33.6 billion, the biggest start to the year ever tallied by Thomson Reuters. The family behind French advertising firm JCDecaux just sold 378 million euros of stock while early backers of Zalando, a German online retailer, sold another 425 million euros.

Such sales can be a bad sign. After all, if company owners are selling down, perhaps stocks are overpriced. But for now investors care most about central bankers.

Traders gesture at each other while working in the crude oil and natural gas options pit on the floor of the New York Mercantile Exchange March 7, 2011. REUTERS/Lucas Jackson