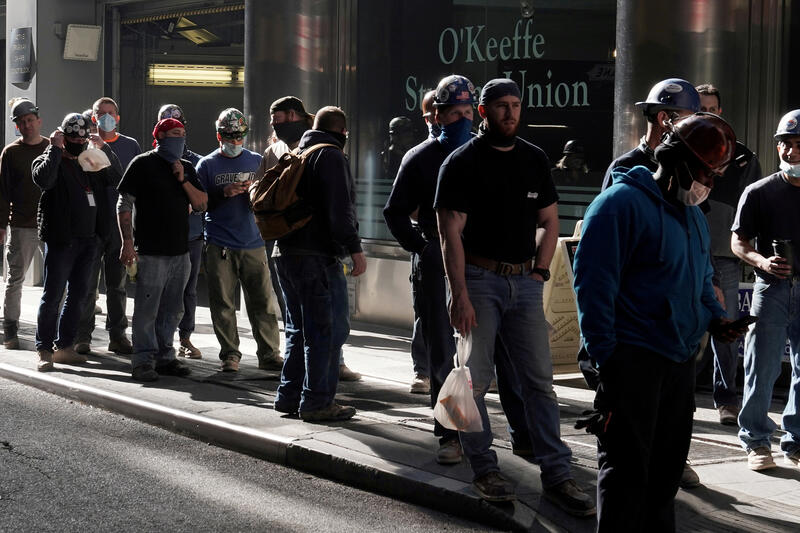 Policymakers of the world seem to be uniting in favor of workers. After a year of intervening in everything from citizens’ ability to leave their homes to businesses’ ability to borrow, politicians and central bankers are taking decisions that are likely to push up pay. This will end in one of two ways.

Covid-19 highlighted economic weaknesses that some countries want to tackle as normality returns. In New Zealand, for example, the government wants to reduce the number of immigrants, particularly those with fewer skills. Tourism and Economic Development Minister Stuart Nash said on Monday the pandemic had highlighted a reliance on migrants that had allowed businesses to keep a lid on pay rather than employing and training Kiwis or investing more. Reducing the supply of labour is a recipe for higher wages, as post-Brexit Britain may also discover.

The coronavirus exacerbated existing inequalities, making societies and politicians more sensitive to the need to tackle the problems. For example, U.S. President Joe Biden in April signed an executive order to raise the minimum wage for federal contractors to $15 an hour. While Congress stripped a whole-economy version of that policy from a stimulus bill a month earlier, Biden’s decision means the number may act as a magnetic force for private-sector wages.

Monetary policymakers are doing their bit. Tired of undershooting their inflation targets, major central banks want to see higher wage growth before unwinding ultra-easy policies. Minutes of the Australian central bank’s May meeting on Tuesday showed it reckons annual wage growth sustainably above 3%, double the current pace, would be needed to generate adequate inflation. The U.S. Federal Reserve has been far less explicit but its new policy framework means Chair Jerome Powell wants to see unemployment rates fall among the most disadvantaged groups. This points to higher wages in the world’s biggest economy.

After decades of falling or stagnant nominal pay in major industrial nations, this is good news for employees. Less so for companies since higher labour costs will erode profit margins. They can either take it on the chin or pass costs down the line by hiking prices. The track record of real, or inflation-adjusted wages, suggests the latter may be more likely. Workers everywhere will welcome higher pay; the risk is that their spending power may not keep pace.

The Reserve Bank of Australia Board in May believed annual wage growth would need to be sustainably above 3% to generate adequate inflation, minutes of that meeting showed on April 18.

New Zealand plans to reset its immigration policy, cutting the number of overall immigrants when it reopens its borders following the coronavirus pandemic, the government said on May 18, with particular reference to low-skilled migrants.

Construction workers wait in line to do a temperature test to return to the job site after lunch, amid the coronavirus disease (COVID-19) outbreak, in the Manhattan borough of New York City, New York, U.S., November 10, 2020.

The Reserve Bank of Australia Board in May believed annual wage growth would need to be sustainably above 3% to generate adequate inflation, minutes of that meeting showed on April 18.

New Zealand plans to reset its immigration policy, cutting the number of overall immigrants when it reopens its borders following the coronavirus pandemic, the government said on May 18, with particular reference to low-skilled migrants.