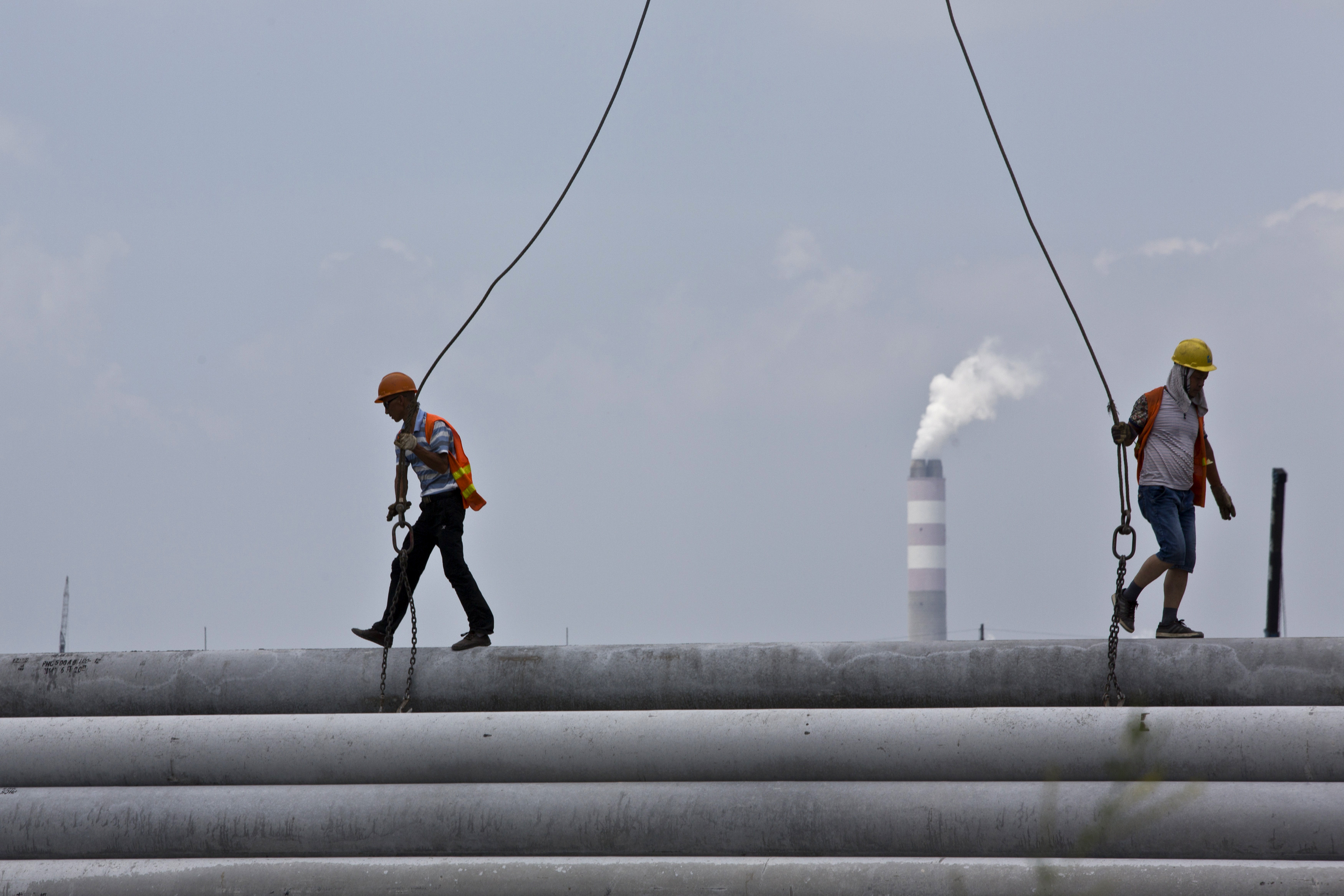 Markets should steel for peak China demand. Consumption of the metal in the People’s Republic fell for the first time this century in August, an industry official said on Sept. 25. If the decline proves anything more than temporary, it could throw global markets off kilter.

Steel usage isn’t primarily driven by prices, which have fallen steeply, but by urban development and demand for cars and electrical appliances. But development depends on finance. A decline in funding has caused China’s real estate sector to grind to a halt. Commercial property developers have started 10.5 percent less floor space so far in 2014 than they had in the same period a year ago.

The first impact of the slowdown is financial strain in the supply chain. Traders of steel are highly leveraged, so reductions in expected demand hit them hard. They pass on the pain to producers by cutting orders and leaving debts unhonoured. Sinosteel, a large trader and mining company, has already owned up to debt-collection problems. In turn, that is worsening the plight of iron ore producers, which had invested for strong long-term demand. Excess supply in ports and warehouses has driven prices to five-year lows.

As demand slows, attention is turning to a big unknown: how much steel China will need. The People’s Republic consumed around 729 million tonnes of the stuff in 2013, according to Ernst & Young. Many iron ore miners still insist that a figure of 1 billion tonnes a year is possible in future, judging by past heavy users like Japan and Korea. Analysts at CLSA have long argued that annual consumption will peak at less than 900 million tonnes. But much is guesswork. Usage of steel tends to get more efficient with time. The Eiffel tower could be built today with a third as much steel as was used in the original, according to India’s Tata Steel.

If demand really is levelling off faster than expected, it increases the urgency of pruning China’s flabby steel sector, where production is growing around 6 percent a year despite a utilisation rate of below 75 percent. In the meantime, much of what’s not consumed at home will be shunted off to other countries, pushing record-high Chinese steel exports still higher. Trade partners, gird for battle.

Labourers work at a construction site near a smoking chimney in a suburb of Shanghai July 23, 2014.

Steel consumption in China, the world’s biggest consumer and producer, fell 1.9 percent to 61.9 million tonnes in August, and dropped 0.3 percent during the first eight months of the year, according to Wang Xiaoqi, the vice-chairman of the China Iron and Steel Association.

Futures for China’s rebar steel were trading at 2,578 yuan ($423) on Sept. 26, having fallen around 30 percent so far in 2014. The price of iron ore, a chief ingredient for steel, has fallen to a five-year low in recent days, with benchmark Australian ore for delivery to China trading at $78.60 a tonne on Sept. 25, according to data provider Steel Index.

Steel demand globally may grow by 3.3 percent in 2014, according to estimates by Ernst & Young, which also forecast in April that Chinese usage would increase by 3 percent, compared with 6 percent in 2013. China accounts for around half of global output.

Construction, both of buildings and infrastructure, makes up approximately half of China’s consumption of steel. Investment in real estate increased at a rate of 13.2 percent from January to August, a sharp slowdown on 2014’s full-year growth of 19.8 percent.