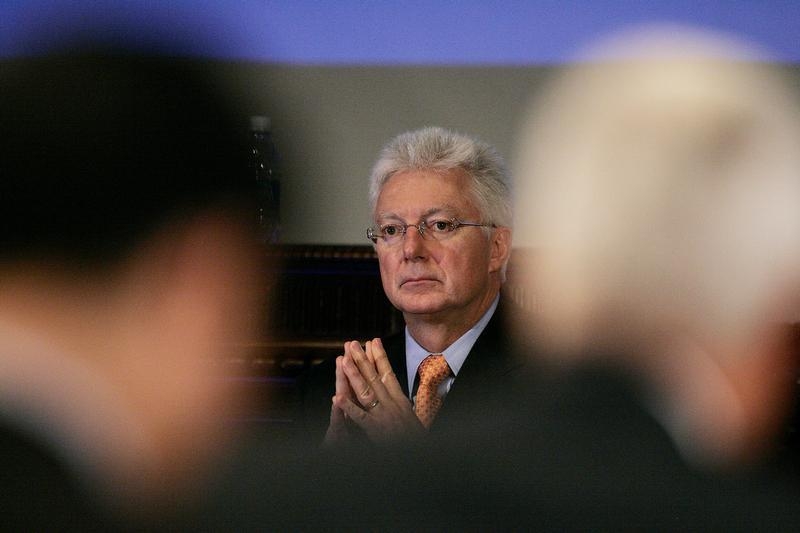 Who wants to run a lumbering $200 billion producer of diapers, deodorant and detergent? David Taylor is the man in charge of Procter & Gamble, in what could be the worst chief executive job in corporate America for 2016.

He’ll struggle to make his mark on the maker of Pampers, Old Spice and Tide. A.G. Lafley, who has become executive chairman, already slashed costs and initiated the axing of some 100 weaker brands during his second stint as CEO. That essentially leaves Taylor to follow through with the plan, while trying to find growth in a broadly lower-growth world. If the 35-year company veteran can’t revive sales, he may be forced to break up the U.S. blue-chip or spend the year fighting calls to do so.

It’s hard to increase meaningfully the top line at a company of P&G’s size in a hyper-competitive market. Even after ditching laggard businesses including Duracell batteries, P&G is expected by analysts to generate $66 billion of sales for the fiscal year ending next June. That equates to adding two new billion-dollar brands each year to a stable of about two dozen to hit a target of “low single-digit” like-for-like growth. Such sales fell 1 percent in the first fiscal quarter ended in September.

The power dynamic is also burdensome. Taylor ran P&G’s biggest business, the global beauty and grooming division, under Lafley and worked closely with the former chief on culling brands. Even so, the newly minted CEO may not relish starting the job with his two-time ex-boss looking over his shoulder.

P&G shares have returned just 7 percent, including reinvested dividends, since mid-2013, when activist hedge fund manager Bill Ackman helped engineer Lafley’s return from retirement. That’s well short of what peers such as Clorox have generated over the same period and the 34 percent from the S&P 500 Index.

Ackman didn’t stick around long, but other pushy investors could be tempted. Bernstein analysts, for example, reckon that breaking up P&G would help for various reasons. The shares fetch just under 20 times forecast earnings, a discount to the multiple of 25 where rivals trade. Taylor may have a long year ahead of him.