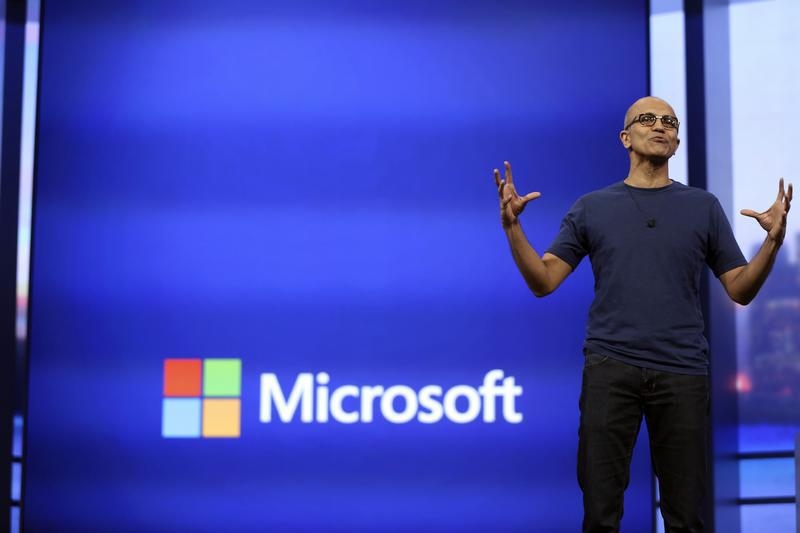 Would Microsoft really want to own Salesforce.com? Buying the cloud-based, customer-service software maker could make businesses less likely to ditch Office. It might, however, cost Microsoft about $60 billion, a greater sum than it has spent on all its previous deals combined. A bold bet for boss Satya Nadella would create earnings dilution that irritates his shareholders.

Nadella essentially made his name at Microsoft by successfully expanding its cloud wares. Since ascending to the chief executive role last year, he also has stressed how important they are to the company’s future. It’s faster, simpler and often cheaper to use software over the web than to install it on individual computers. Microsoft’s online version of the Office suite, its Azure platform and related applications for companies are already selling $6 billion worth annually and growing at a rate of more than 100 percent.

Though the company keeps losing its edge with retail consumers, its lock on corporate customers looks strong. Many companies also have organized their marketing efforts around Salesforce’s software. Add it to Office, other online applications and lots of free memory, and businesses would have an even tougher time abandoning Microsoft.

Even so, Salesforce lost $263 million last year and will probably continue to spill red ink for a while. Its investors may not worry much about it, but Microsoft – if it were to pay, say, a 35 percent premium to the price before an April 29 Bloomberg report that Salesforce was fielding takeover approaches – would be spending almost $60 billion to buy the unprofitability. If Microsoft issued all stock to do the deal, it would eat into earnings per share by about 13 percent, including Salesforce’s accumulated equity grants to employees. A debt-financed deal would still be 8 percent dilutive.

That would almost certainly be unpopular among the big funds that own Microsoft for its ability and willingness to return capital. Investors betting on growth in the post-Steve Ballmer era may be equally confused. Salesforce would add only about 1 percentage point to Microsoft’s top line this year. Figuring out how to keep customers and talented coders while integrating the two companies would add complexity and concerns. Ultimately, a deal to make customers stickier might be very sticky indeed for Microsoft.

Microsoft is mulling a bid for Salesforce.com after another company made an approach to the cloud software company, Bloomberg reported on May 5, citing unidentified sources familiar with the matter. The two companies are not currently in talks and no deal is imminent, according to the article.

Salesforce shares were halted briefly following the report and jumped about 4 percent when they resumed trading. The online software maker has a market value of about $49 billion.