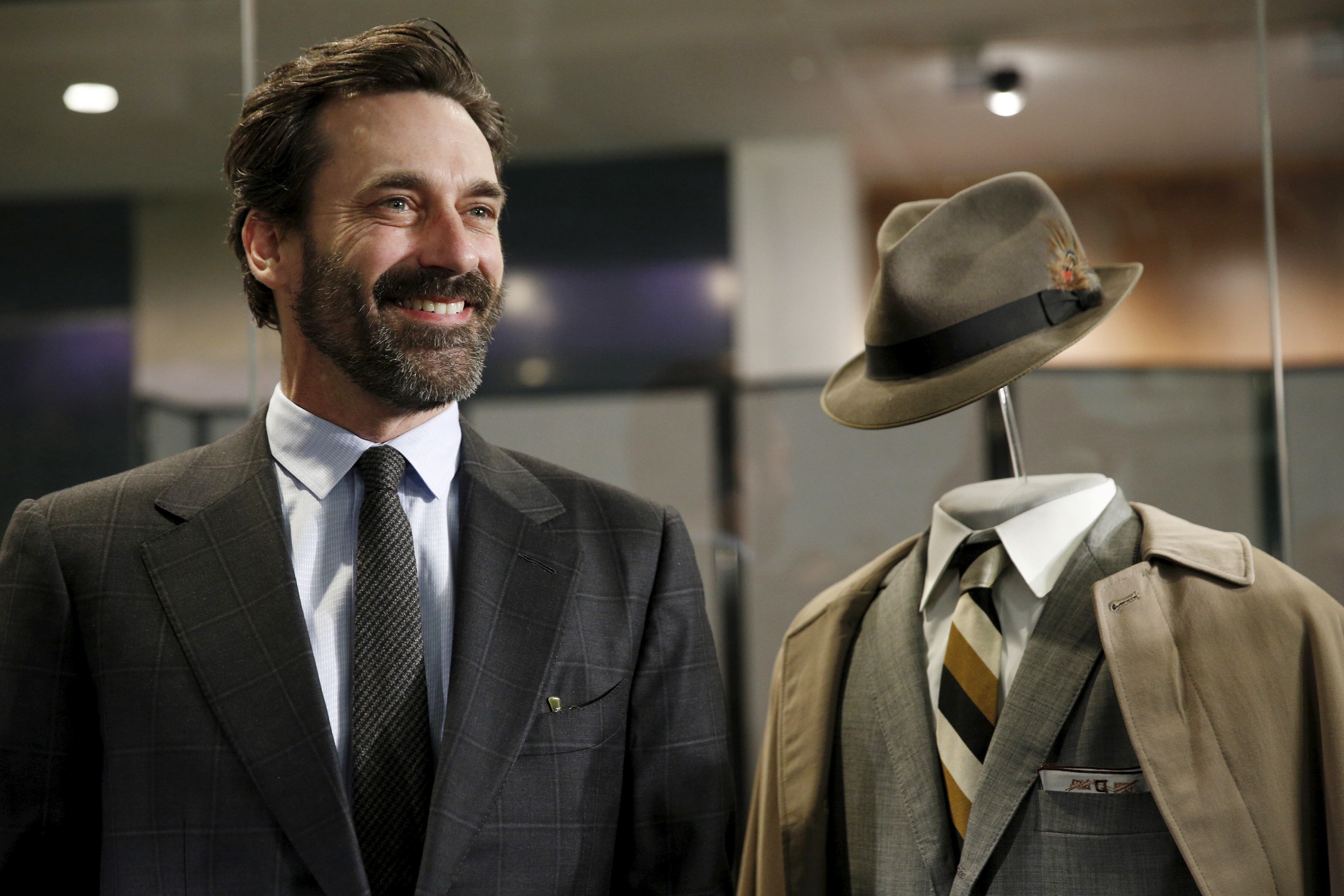 The group may cut targets for the third time this year. Advertising firms are grappling with frugal customers and online sales. Investors rate them as lowly as media dinosaurs like newspaper sellers. M&A options look tricky. Their best bet is to hope clients start spending again.

"Mad Men" star Jon Hamm stands beside the wardrobe he wore as the character "Don Draper" during a donation ceremony at the Smithsonian National Museum of American History in Washington March 27, 2015. The museum accepted a donation of more than 50 artifacts from the AMC program "Mad Men" to represent mid-century advertising history as part of their "American Enterprise" exhibition which opens this summer. REUTERS/Kevin Lamarque - GF10000040659

In August, WPP cut its sales target for the second time in six months after consumer goods giants curbed spending. The group’s shares fell as much as 13 percent after it announced half-year results.

France’s Havas on Aug. 25 said it could not confirm its organic growth forecast for 2017 as declining investment from advertisers, increasing margin pressure and a downturn in high-growth markets weighed on first-half revenue.