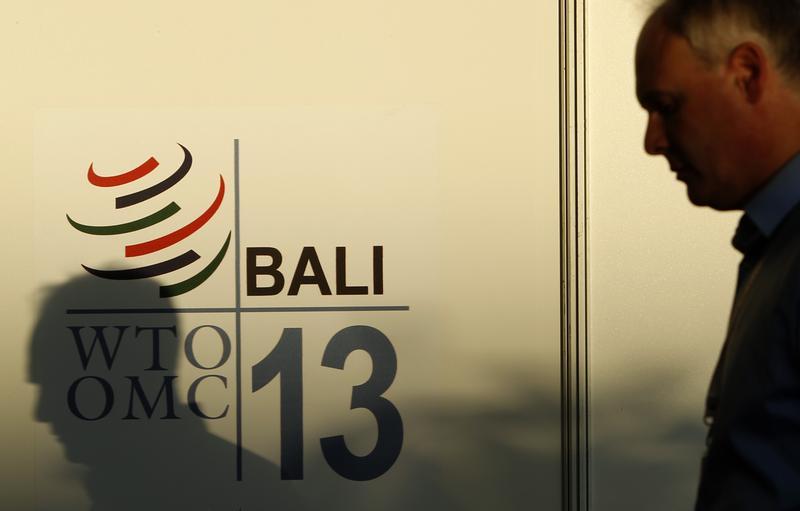 The Bali deal to simplify customs rules lacks the drama of previous rounds. But after more than a decade of fruitless negotiation, it shows global agreements are still possible. The next challenge is to prevent future progress being confined to competing regional blocks.

A man walks past a logo of the World Trade Organization (WTO) ahead of the ninth WTO Ministerial Conference in Nusa Dua, on the Indonesian resort island of Bali December 2, 2013.

The World Trade Organisation reached a global trade reform deal on Dec. 7 in Bali, the first since the agreement in April 1994 which created the organisation.

The WTO’s 159 members said they would lower red tape surrounding customs and border shipments. The office of the U.S. Trade Representative said it would provide some $1 trillion in annual global GDP gains.

Since 2001, the WTO has sought to liberalise trade in agriculture and services under the so-called Doha round. Failure to reach any agreements had sapped confidence in the consensus-based organisation’s ability to make progress in lowering global trade barriers.

Agricultural issues almost scuttled an agreement, when India refused to sign any text unless it was allowed to permanently continue subsidising farmers in a food-stockpiling programme for the poor. A compromise was reached in the text of the final agreement to recommend a permanent solution within four years.

Talks then nearly came unstuck at the last minute when Cuba refused to accept a deal that would not help pry open the U.S. embargo of the Caribbean island, forcing negotiations to drag into Saturday morning.