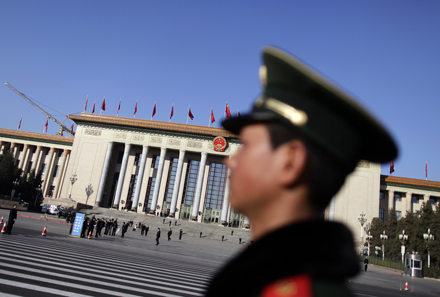 The siege of Wukan isn’t about freedoms but finance. Residents of the large village in southern China’s Guangdong province have driven out the authorities, and held daily protests with thousands of participants, after a dispute about land sales by the local government. In modern China this isn’t such a surprise: as prices of land rise and supply gets scarcer, citizens like Wukan’s want more of the profits. China’s model of rapid development is due for an overhaul.

Wukan’s villagers are angry because the local government sold land to a developer, and failed to compensate them properly. Land in China that is owned in name by village collectives can still be sold by local officials on their behalf for profits. Wukan’s villagers, judging by slogans like “We love the Communist Party”, aren’t calling for bold political changes. They can probably be appeased by a bigger slice of sale proceeds.

Yet this high-profile incident presents central authorities with a dilemma. They want the protests to die out, but giving Wukan villagers more money could encourage similar riots elsewhere. Nor can they afford to give everyone their full share of land revenues. While some officials in Wukan were accused of being corrupt, all local governments depend on land sales to help finance public spending, such as building new roads, schools, and hospitals.

China’s development model is pulling in two ways. On one hand, governments are more strapped for cash, and calls for them to finance public housing projects put more strain on budgets. That makes them more likely to sell land they shouldn’t. There were 37,000 of cases of illegal land sales by local governments in the first nine months of 2011, up 4 percent from the same period of 2010, official figures show. On the other hand, citizens can see that property prices have shot up, and they demand better compensation.

China’s development model of selling land to finance development can’t be sustained. One positive change would be for the well-financed central government to contribute more to local spending, so local governments can rely less on land revenues. For now protests like Wukan’s are financially motivated, but could still be a real political headache if handled improperly.

A paramilitary policeman stands guard near the Great Hall of the People in Beijing.

Residents of Wukan, a small town in China’s southern Guangdong province, had driven out officials and police, and were holding daily protests attracting thousands of residents. The dispute, which had been going for a week as at Dec. 19, began over a land sale and the death of a campaign organizer.
The government of Shanwei, the area including Wukan, said on Dec. 14 that some local government officials accused of misdeeds over the disputed land had been detained, and that the main land development project at the heart of the dispute had been suspended.
The Shanwei government also said the death of Xue Jinbo, who died in custody for organising a campaign over former farmland that residents say was taken illegally, had not been caused by external forces.