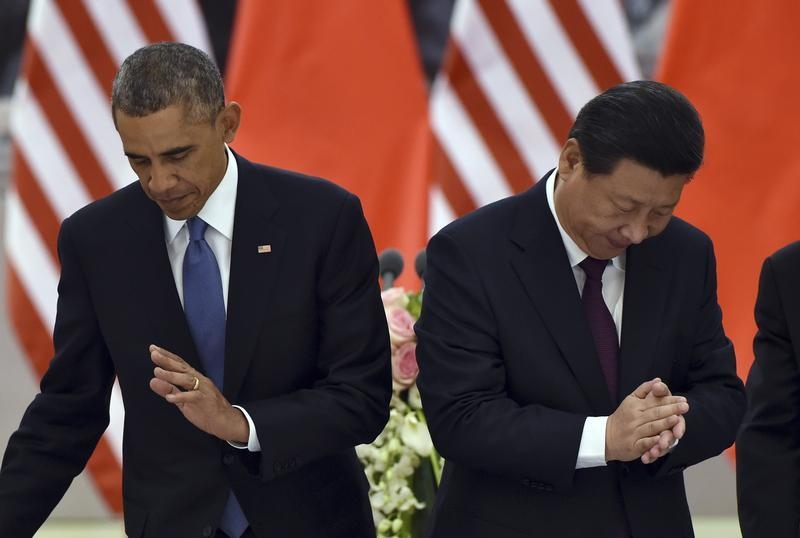 The Chinese president’s U.S. trip starts by meeting the heads of Apple, Cisco, Microsoft and others. Kowtowing to the leader might pry that huge market open wider – or at least keep it ajar. Implied in Xi’s visit is that hacking sanctions on China may carry collateral damage.

Chinese President Xi Jinping commences a visit to the United States on Sept. 22 with a private event with chief executives of American and Chinese companies. After a series of meetings in Seattle over two days, he will visit Washington and then New York, where on Sept. 28 he will address the United Nations General Assembly.

The chief executives of Amazon, Apple, Cisco, and Microsoft will attend the Seattle meeting, as will the leaders of Berkshire Hathaway, Dow Chemical, DuPont, Starbucks and several other companies. Over a dozen Chinese firms will also attend, including the heads of Alibaba, Lenovo, and Tencent.

The United States and China are attempting to reach an agreement on cyber attacks before Xi meets with President Barack Obama on Sept. 25, according to the New York Times. Both countries would pledge not to be the first to attack the other’s critical infrastructure, such as hospitals, power grid and banking systems, during peacetime. It would not address theft of intellectual property or the gathering of information by intelligence agencies.