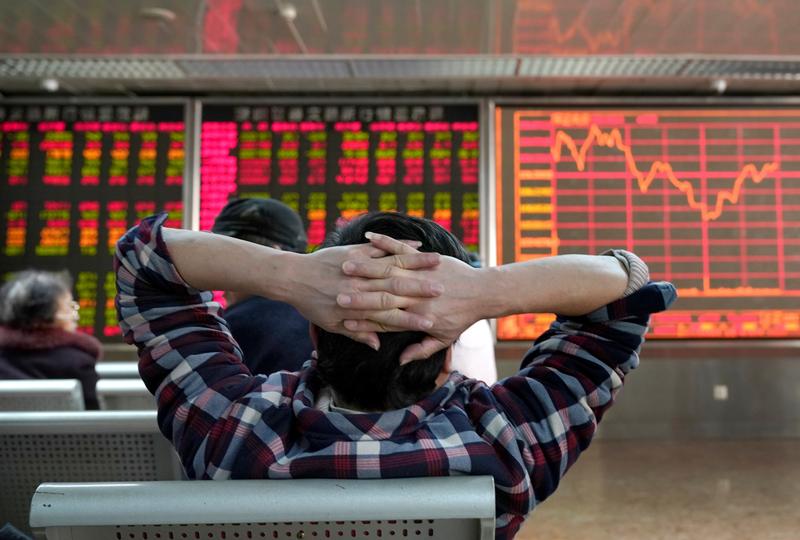 The benchmark index fell 9% as traders returning after a week-long holiday dumped stocks on coronavirus concerns. The slide may be hard to brake; Beijing’s stimulus options are constrained. Finance regulators, restructured after the 2015 crash, face a major credibility test.

An investor looks at a stock quotation board at a brokerage office in Beijing, China January 3, 2020. REUTERS/Jason Lee - RC268E9Z8TTY

China's CSI300 index, which tracks companies listed in Shanghai and Shenzhen, opened down 9% on Feb. 3, set for its worst single-day performance since the stock market crash of 2015 according to Refinitiv data. The onshore yuan softened sharply to around 6.99 per dollar in opening trade, its weakest level since December.

Mainland financial markets have reopened, having been closed since the end of trade on Jan. 23 for an extended Lunar New Year holiday.

The country's central bank said it will on the same day inject 1.2 trillion yuan ($173.8 billion) of liquidity into the interbank market via reverse repo operations.

The total number of deaths from a coronavirus epidemic in China rose to 361 as of Feb. 2, up 57 from the previous day, according to China’s National Health Commission. The number of new confirmed infections in China rose by 2,829 on Feb. 2, bringing the total to 17,205.