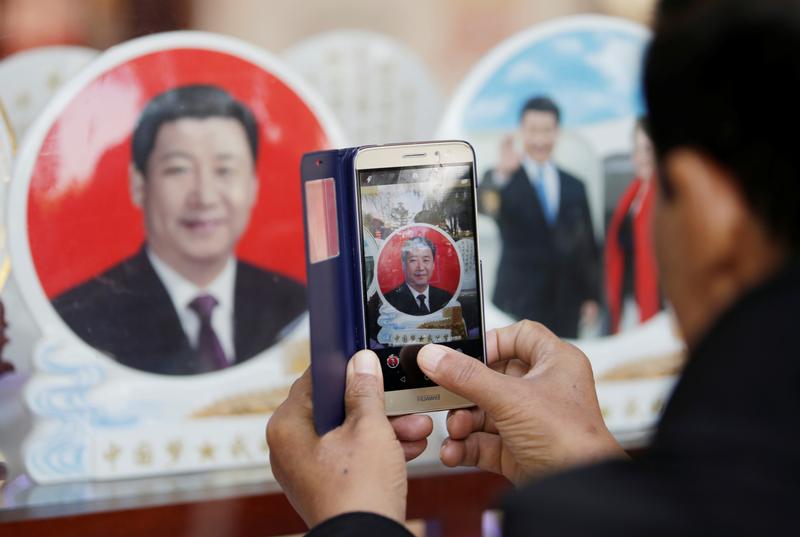 The president emerges from a key party congress with his name in the constitution, no successors in sight, and a mandate to push his agenda faster. Xi Jinping still talks reform, but this intimidated system may become more responsive to his whim than supply and demand.

A tourist takes a picture of the souvenir plate with image of Chinese President Xi Jinping outside a shop next to Tiananmen Square during the ongoing 19th National Congress of the Communist Party of China, in Beijing, China October 23, 2017. REUTERS/Jason Lee - RC1444A201E0

The 19th Congress of the Chinese Communist Party concluded on Oct. 24. Delegates approved revisions to the party’s constitution, adding in the phrase “Xi Jinping Thought on Socialism with Chinese Characteristics for a New Era,” placing President Xi alongside iconic leaders Mao Zedong and Deng Xiaoping.

Delegates at the party congress also selected members of the new Central Committee. Notably, the list did not include current anti-corruption czar and Politburo Standing Committee member Wang Qishan. Many observers had expected the 69-year old Wang might stay on, despite violating the Politburo age limit of 68. The Central Committee in turn appointed new members of the Politburo and Politburo Standing Committee, the country’s two highest political bodies, on Oct. 25.