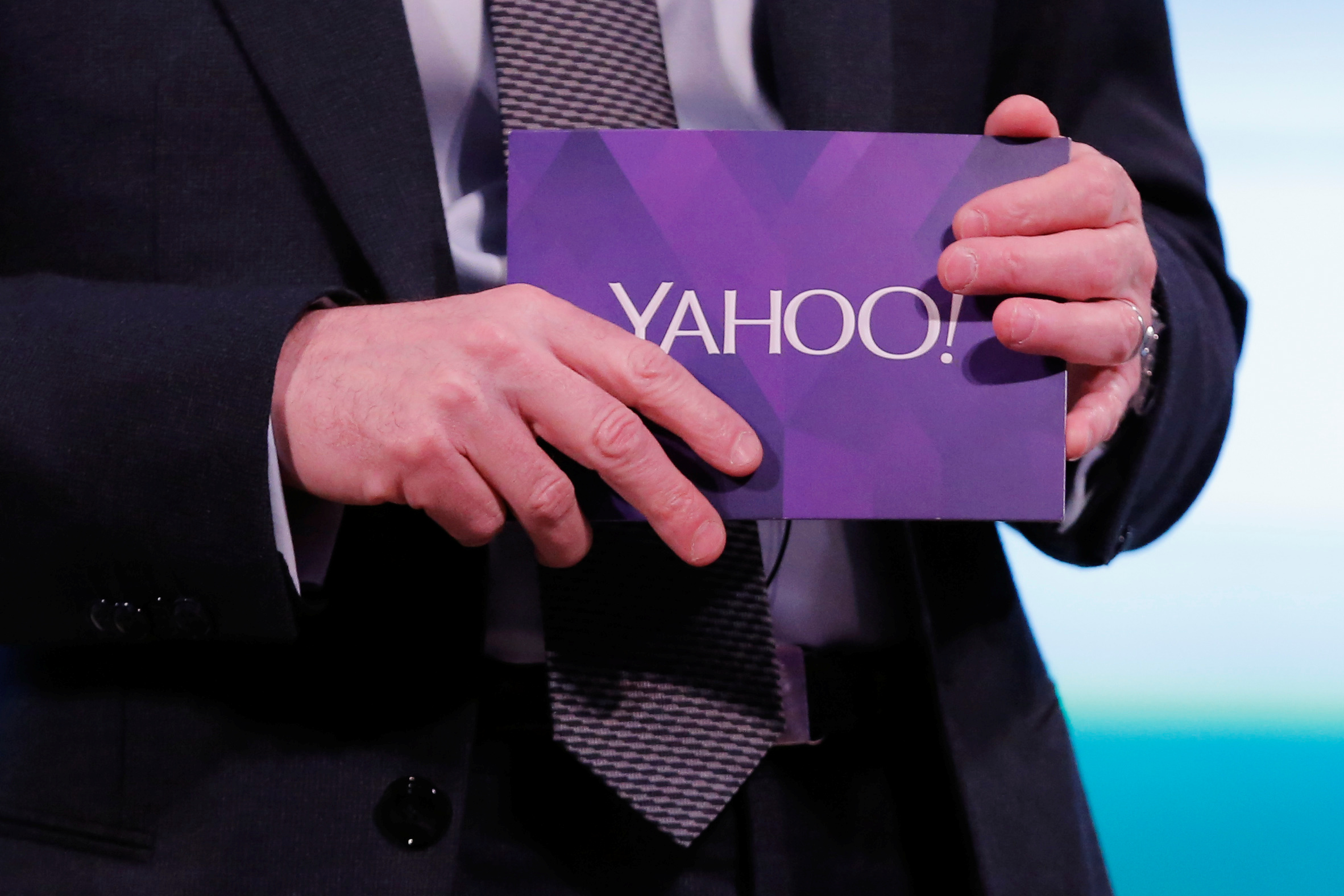 The $40 bln internet company may be on the verge of discounting its core-business sale to Verizon by $250-350 mln, less than a 10 pct cut in the original price. For such poorly handled data breaches involving over 1 bln users, some 25 cents each seems a light penalty.

Yahoo Finance editor-in-chief Andy Serwer holds a card as he speaks at the Yahoo Finance All Markets Summit in New York, U.S., February 8, 2017.

Verizon Communications is close to a revised deal to buy Yahoo's core internet business for $250 million to $350 million less than the original agreed price of $4.8 billion, Reuters reported on Feb. 15, citing a source briefed on the matter.

Yahoo on Dec. 14 disclosed a security breach that occurred in 2013 in which more than 1 billion user accounts were compromised, including email addresses, telephone numbers and hashed passwords.

The hack is the second revealed by Yahoo since July, when it signed a deal with Verizon for the telecommunications firm to acquire its advertising and search businesses. On Sept. 22, Yahoo said that a security breach that occurred in 2014 affected sensitive data relating to at least 500 million accounts.

Also on Feb. 15, Yahoo warned users about potentially malicious activity on their accounts between 2015 and 2016.

A company spokesperson said its investigation into the breaches "has identified user accounts for which we believe forged cookies were taken or used." Yahoo added that it was notifying affected account holders and has invalidated the forged cookies so they cannot be used again.