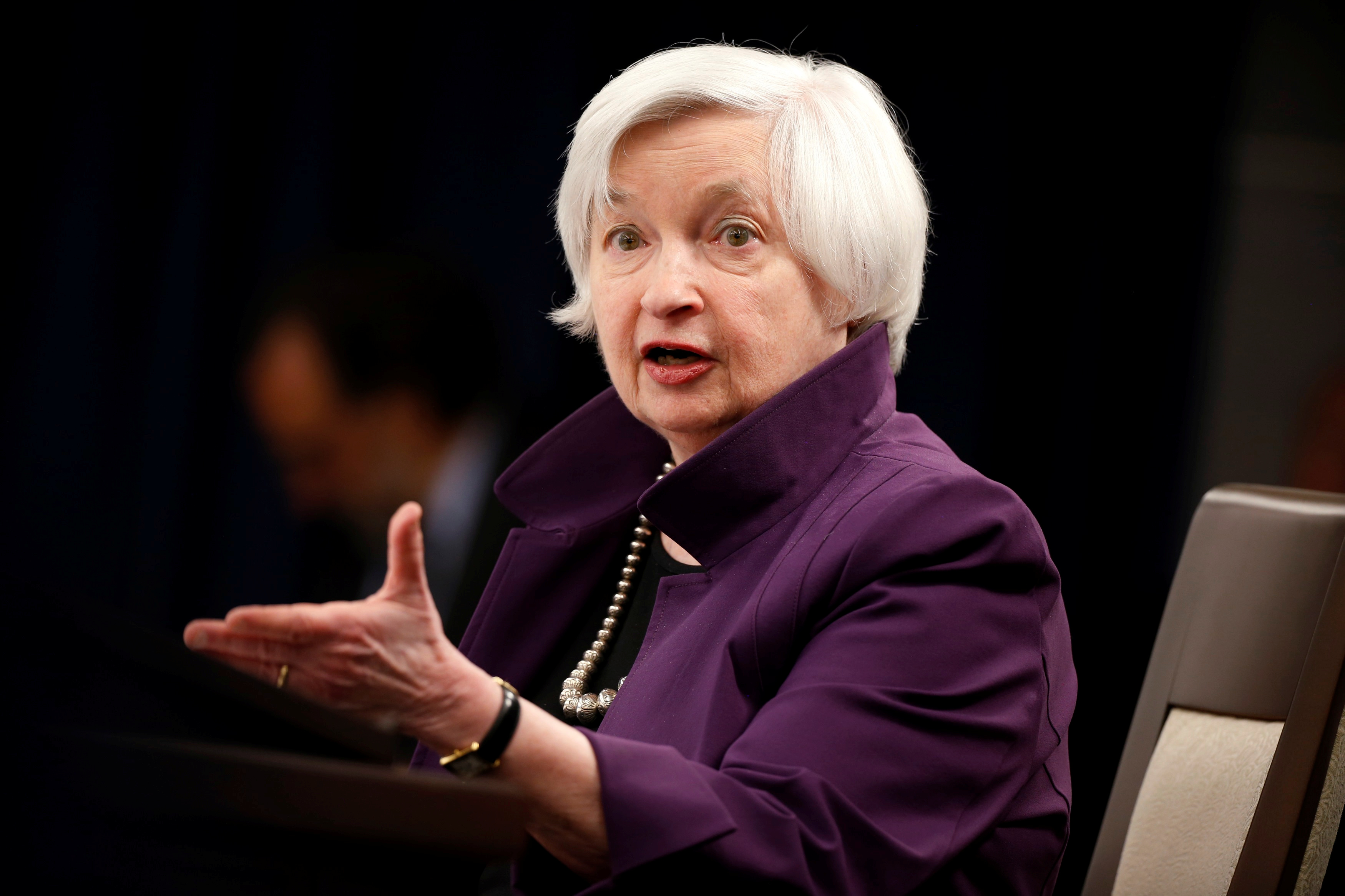 The outgoing Fed boss warned of growing deficit risks just as lawmakers weigh tax cuts that would exacerbate it. It’s also up to politicians to improve education, investment and infrastructure spending. Her message of central bank limitations is one her successor will echo.

U.S. Federal Reserve Chair Janet Yellen told Congress on Nov. 29 that economic growth has picked up this year, though wage growth remains relatively modest and inflation is still short of the central bank’s 2 percent target. In what could be her last appearance before lawmakers as Fed chair, Yellen spoke to Congress as part of an economic update to the Joint Economic Committee. “The economic expansion is increasingly broad based across sectors as well as across much of the global economy,” she said in written testimony.

Yellen’s four-year term as Fed chair expires in February 2018. President Donald Trump nominated Fed Governor Jerome Powell to replace her. Yellen has said she would step down from the Fed board once Powell is sworn in.