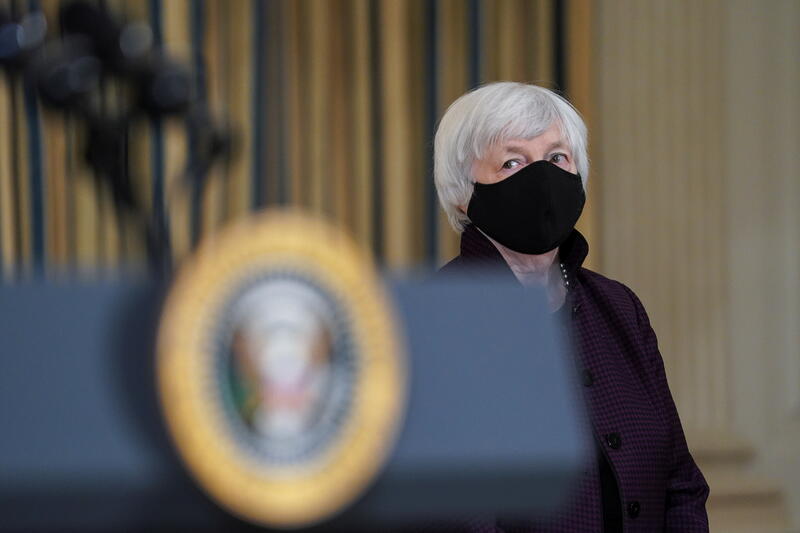 Janet Yellen is on board with a global effort to end decades of decline in corporate tax rates and set a minimum levy in the large countries in the Group of 20. The U.S. Treasury chief knows it’s a logical goal for most big economies. But nailing a global pact is tough, and it could be too much for lawmakers in Washington.

Overall, the average statutory corporate tax rate has fallen steadily in every region of the world since 1980, according to the Tax Foundation. Governments whose tax revenue is at risk have become particularly frustrated with technology groups that move intangible assets and associated profit around. Facebook and others have set up shop in places such as Ireland with a 12.5% rate to avoid paying more in the United States or elsewhere.

Rather than watch countries going it alone, the Organisation for Economic Co-operation and Development has been working to establish a minimum rate across its 37 member jurisdictions. Yellen’s support for the idea came at a convenient time for the United States. President Joe Biden is pushing a $2 trillion infrastructure plan and, to help cover the cost, he is proposing to raise the federal corporate tax rate from 21% to 28%, partly reversing Donald Trump’s cuts that mostly went into effect in 2018.

That would put America’s headline rate above many Western nations. Biden’s blueprint also includes a minimum tax of 21% on the income U.S. companies earn on assets like patents and trademarks outside the United States, up from the current floor of around 10%.

It might not seem a huge leap to roll that into an international deal. The problem, though, is that Congress sets tax policy. Democrats and Republicans are evenly split in the 100-member Senate. Vice President Kamala Harris can cast tie-breaking votes but that means, at a minimum, bringing every Democrat on side.

Most Republicans oppose tax increases while moderate Democrats like Senator Joe Manchin want to limit them. The West Virginia lawmaker has said he thinks 25% should be the maximum corporate levy, not 28%. Lobbying groups like the Business Roundtable have expressed concerns about a global minimum tax, too.

The Democratic majority in the House has also shrunk with the death of lawmaker Alcee Hastings on Tuesday. Soon the party will be able to afford only two defectors. Biden will have to carefully pick his battles, and a global tax pact probably won’t be one of them.

U.S. Treasury Secretary Janet Yellen on April 5 proposed a global minimum tax among G20 countries that could help end “a 30-year race to the bottom” on corporate rates. The move comes as President Joe Biden pushes a $2 trillion infrastructure plan that would also raise the U.S. corporate tax rate from 21% to 28%. The proposal also includes an effective minimum tax of 21% on overseas income of American companies.

U.S. Treasury Secretary Janet Yellen listens as U.S. President Joe Biden delivers remarks on the state of the U.S. economy and the need to pass coronavirus disease (COVID-19) aid legislation during a speech in the State Dining Room at the White House in Washington, U.S., February 5, 2021.

U.S. Treasury Secretary Janet Yellen on April 5 proposed a global minimum tax among G20 countries that could help end “a 30-year race to the bottom” on corporate rates. The move comes as President Joe Biden pushes a $2 trillion infrastructure plan that would also raise the U.S. corporate tax rate from 21% to 28%. The proposal also includes an effective minimum tax of 21% on overseas income of American companies.