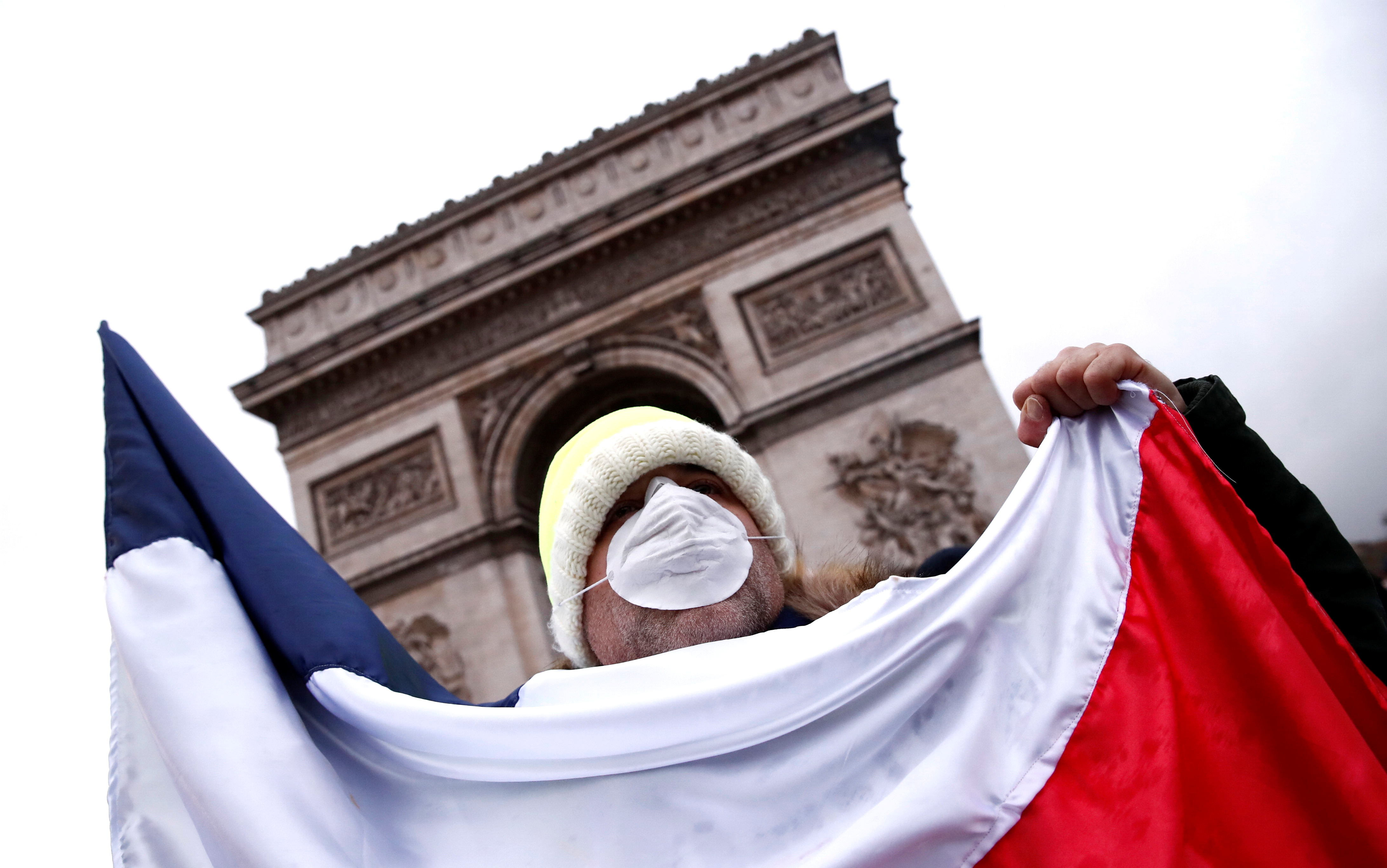 The Cartier owner said last year’s French protests were partly to blame for slowing organic growth. But Hermes and LVMH are more exposed to France, which brings in just 6 percent of Richemont’s revenue. Weakness in Hong Kong is a bigger worry for the $35 billion watchmaker.

A protester holding a French flag takes part in a demonstration by the "yellow vests" movement near the Arc de Triomphe in Paris, France, December 22, 2018. REUTERS Christian Hartmann

Richemont said on Jan. 11 sales in the quarter to December rose 5 percent at constant exchange rates and excluding recent acquisitions, slower than the 8 percent increase it reported in the six months to September. The luxury group said social unrest in France, which affected tourism and led to store closures on six consecutive Saturdays, was partly responsible for falling sales in Europe.

France represents 6 percent of global sales for Richemont, according to RBC analysts.