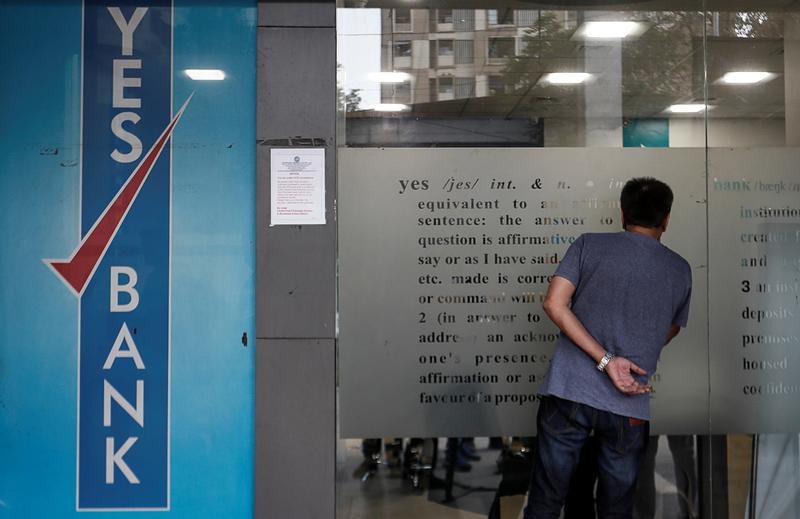 Private institutions from HDFC to ICICI are joining a $1.4 bln state-led rescue of the troubled lender. There is self-interest in collectively trying to help restore systemic confidence. With more bad debt bound to turn up, though, it is also an early drain on limited resources.

A customer tries to look into a Yes Bank branch in Mumbai, India, March 6, 2020. REUTERS/Francis Mascarenhas

Troubled Indian lender Yes Bank on March 14 reported a quarterly loss of INR 185.6 billion rupees ($2.5 billion) and that its gross non-performing loans represented 19% of the total at the end of December.

Its common equity Tier 1 capital ratio was 0.6%, but the bank said it would rise to 7.6% after the implementation of a rescue outlined a day earlier.

Housing Development Finance Corporation, ICICI Bank, Axis Bank, Kotak Mahindra Bank, The Federal Bank, Bandhan Bank and IDFC First Bank will contribute about 40% of the funding. They each will be required to hold 75% of their allotted shares for three years.

SBI will account for the remainder of the new funds and will be required to keep its stake above 26% for three years.