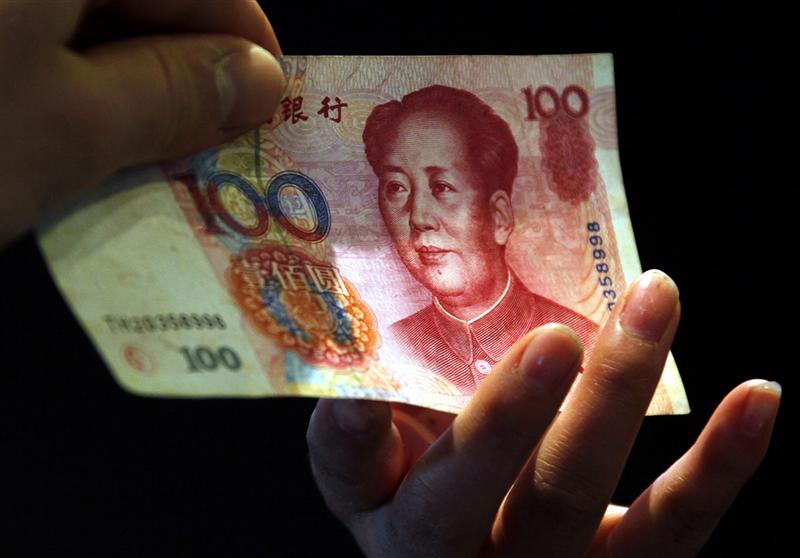 The anxiety level about a fresh round of worldwide currency skirmishes just went up by a notch. The trigger this time is a surprise, near-2 percent devaluation of the Chinese yuan against the U.S. dollar. The People’s Bank of China downplayed the move as a “one-time correction” and a shift to make the currency’s value more sensitive to supply and demand. But the mainland’s deflating economy raises the risk of a more sustained campaign of yuan debasement, followed by tit-for-tat moves by other countries.

As a one-off, the 1.8 percent depreciation in the PBOC’s daily fixing rate against the U.S. dollar will do very little to boost the competitiveness of Chinese-made goods – or put exporters in other countries at peril. In inflation-adjusted terms, the yuan has strengthened by 44 percent against its trading partners’ currencies since the end of 2007.

Still, the unexpected move has considerable shock value. Asian currencies like the Korean won and the Singapore dollar turned sharply lower after the announcement. Traders’ fears may be exaggerated, but they are hardly irrational. So far, the consensus has been that China would not devalue its currency to revive its struggling economy. That’s partly because authorities are reluctant to raise debt-servicing costs for mainland borrowers who owe almost $963 billion to banks offshore, and don’t want to exacerbate capital outflows from the nation’s nervy stock markets. Besides, China wants to promote domestic consumption and discourage investment in commodities businesses like steel, which are plagued by overcapacity. Beijing is also keen for the International Monetary Fund to include the yuan in its quasi-currency at the end of this year. An unruly depreciation could hurt all these goals.

Still, the economy is probably losing momentum too quickly for the authorities to focus solely on medium-term objectives. The last reading for GDP growth in the People’s Republic was a still-respectable 7 percent. However, data released over the weekend showed a huge slump in China’s July exports and continued weakness in producer prices. It looks increasingly likely that the Chinese authorities would not mind if market forces squeezed the yuan of some of its unbearable strength. If that preference for a weaker currency became a more sustained campaign of devaluation, the rest of the world may have no choice but to respond in kind.

The People’s Bank of China set the reference rate for the yuan almost 2 percent weaker against the U.S. dollar on Aug. 11. The new rate of 6.2298 compares with the previous fixing of 6.1162 against the U.S. currency. The monetary authority described the adjustment in the partially controlled Chinese currency as a “one-time correction.”

The People’s Bank of China set the reference rate for the yuan almost 2 percent weaker against the U.S. dollar on Aug. 11. The new rate of 6.2298 compares with the previous fixing of 6.1162 against the U.S. currency. The monetary authority described the adjustment in the partially controlled Chinese currency as a “one-time correction.”