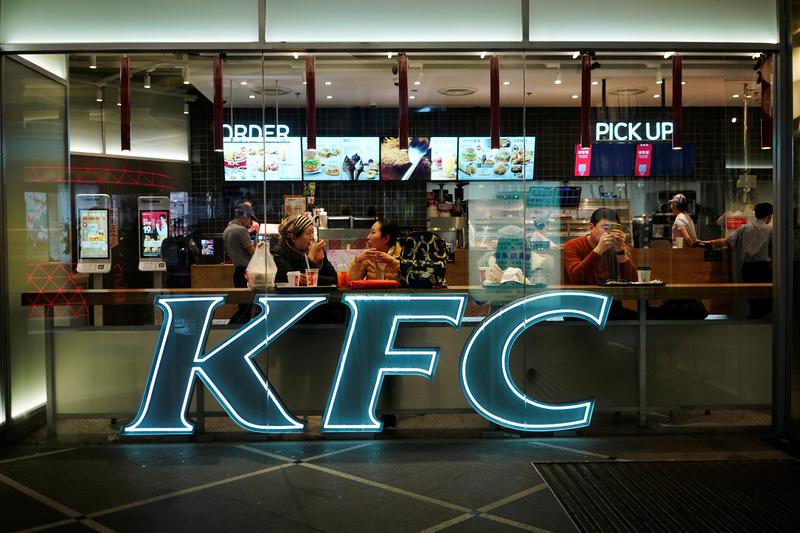 Boss Joey Wat and her board rejected an $18 bln buyout approach led by Hillhouse last summer. After detailing KFC expansion plans and a Pizza Hut turnaround, the shares are now flirting with the offer price. That puts pressure on Yum China to fully justify a standalone strategy.

Yum China said in a March 12 presentation to investors that it was partnering with state oil giants Sinopec and China National Petroleum Corp to open fast-food outlets at gas stations across the country as part of a broader expansion strategy. The operator of the KFC, Pizza Hut and Taco Bell brands in China announced plans to grow to 10,000 outlets from 8,400 by 2021, excluding any possible enlargement of its standalone coffee business, Coffii & Joy.

The company received and rejected a takeover approach at $46 a share, or about $17.6 billion, from a group led by Chinese investment firm Hillhouse Capital, Reuters reported in August 2018, citing unnamed sources. The consortium also included buyout firms KKR and Baring Private Equity Asia, and sovereign wealth fund China Investment Corp, according to various media reports. News of a possible Yum China buyout proposal was first reported by The Information on July 26.

Yum China is due to report its first-quarter results on April 29 in New York.