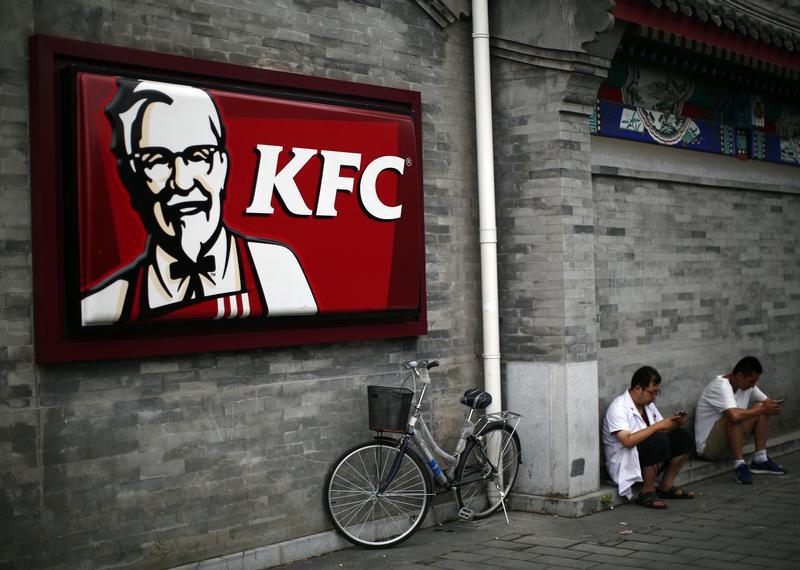 Outside investors will provide a reality check for Yum Brands’ Chinese growth ambitions. The owner of the KFC and Pizza Hut chains is in talks to sell up to 20 percent of its business in the People’s Republic before pushing ahead with previously announced plans to spin off the unit into a separately traded company.

Yum sees the split as a way to unlock value by detaching its expanding Chinese business from more mature operations in the rest of the world. Last year, the number of Yum restaurants in China grew by 7 percent to more than 7,000. The unit, which also owns the East Dawning and Little Sheep chains, generated $1 billion of EBITDA.

Assume Yum keeps expanding at the same rate and maintains its current levels of profitability for the next three years. Then apply the same multiple of 11.4 times EBITDA that global rival McDonald’s commands based on its 2018 earnings, according to forecasts compiled by Eikon. In that scenario, the China business would be worth almost $14 billion.

Potential “anchor” investors like KKR, Baring Private Equity Asia, and Hopu will demand a discount for investing ahead of a separate listing. Assume this is 15 percent, and Yum could raise $2.4 billion by selling a fifth of the business.

To justify paying any more, investors will have to believe that Yum’s own more ambitious growth targets can survive China’s economic slowdown. The U.S. company hopes to have as many as 20,000 restaurants on the mainland one day. If it could achieve that target within three years, and all other things remain constant, Yum’s China business would be worth as much as $31 billion – almost the same the entire group’s current market value.

Yum’s Chief Executive Greg Creed enthusiastically notes that there are still over 1,000 cities in China, each with over 100,000 people, which still do not have either a KFC or a Pizza Hut. There is a risk, however, that Yum’s margins will shrink as it grows outside of top tier places. Past sales have also suffered from scares about food safety.

Selling a stake to outside investors will help underpin the value of Yum’s China business. It will also deliver a verdict on whether the company’s long-term goals are a bit too greasy.

Yum Brands is in talks about a possible sale of up to 20 percent of its China business, the Wall Street Journal reported on March 23, citing people familiar with the matter.

The stake values the China business at about $10 billion, the report said, citing one of the unnamed sources.

The U.S.-listed shares of the owner of the KFC and Pizza Hut chains closed up almost 2 pct at $80.55 on Wednesday.

KKR, Baring Private Equity Asia and several Chinese funds are among the potential investors, the Journal reported, adding that Yum appeared to be intent on selling a 19.9 percent stake to avoid a big tax bill.

Yum plans to spin off the China unit by the end of 2016 and list it on the New York Stock Exchange, and possibly in Hong Kong.

The company is seeking an “anchor investor” as a first step in the spinoff process, the newspaper cited one of the people as saying.