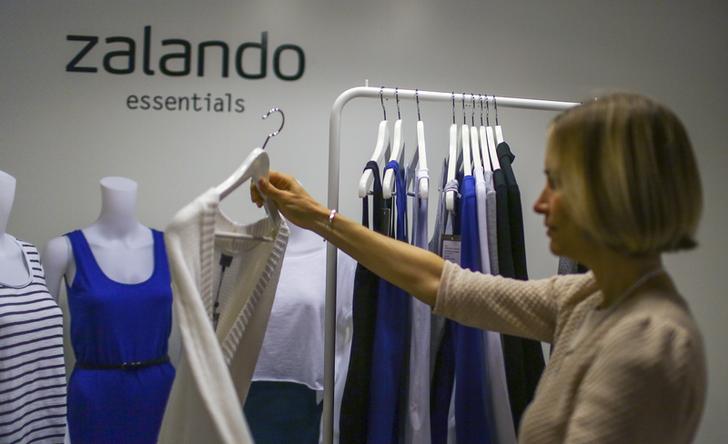 Europe’s biggest online fashion retailer says it might eke out an operating profit in 2014. That helped propel shares in the recent 5.3 bln euro IPO. Cost discipline is good but may come at the expense of growth, which Zalando needs to sustain its share rating.

An employee poses in a showroom of the fashion retailer Zalando in Berlin October 14, 2014.

Zalando, Europe’s largest online fashion retailer, said on Nov. 26 that it is on track to make its first full-year profit. Sales growth slowed slightly in its third quarter but marketing expenditure is being pared back.

Zalando said sales would grow between 20 percent and 25 percent in the year.

The retailer began selling shoes in 2008 and has Sweden’s Kinnevik as its biggest investor. It now ships 1,500 brands to customers in 15 countries.

The number of active customers rose to 14.1 million from 12.3 million, but grew at a slightly slower rate in the third quarter compared to the second three months of the year.

Shares in the Berlin-based firm, which had sagged since listing in Frankfurt last month, were up 9 percent to 21.91 euros in morning trading, above their issue price of 21.50 euros.