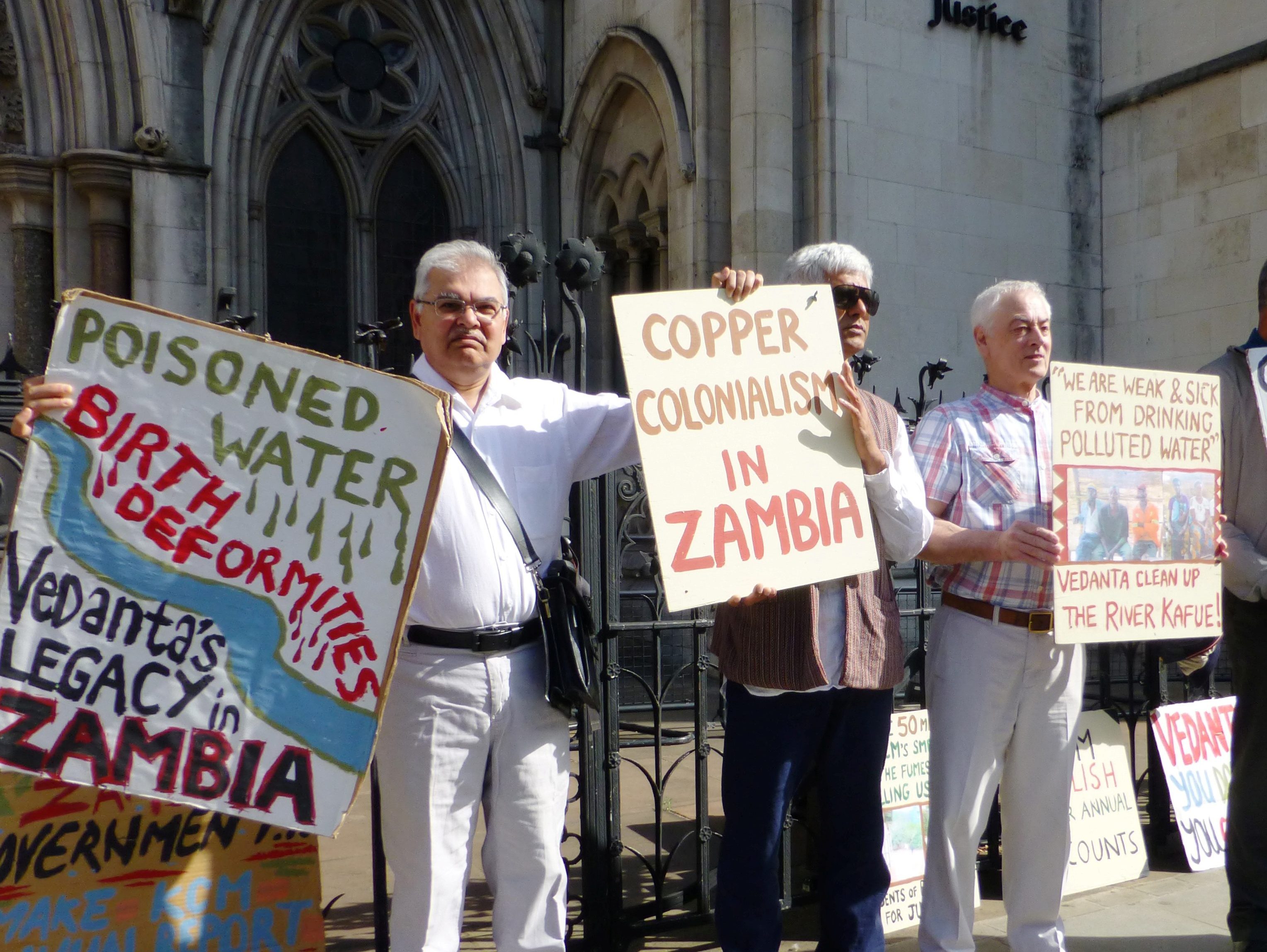 Britain’s Supreme Court says Vedanta can be sued in London for pollution offences in the African state. Multinationals have tended to trumpet corporate social responsibility at head office, while ignoring sins at subsidiary level. Whatever the case’s outcome, that will change.

Protesters hold plaques outside the Royal Courts of Justice in London, Britain July 5, 2017.

The villagers allege that their land and livelihoods were destroyed by chemicals flowing from the Nchanga copper mine, owned by Vedanta through its Konkola Copper Mines subsidiary.

The court decided that Vedanta, which delisted from London last year, was responsible for the actions of its subsidiary and that the villagers might not have access to “substantial justice” in Zambia for a large and complex case.