The wonder of Zhu 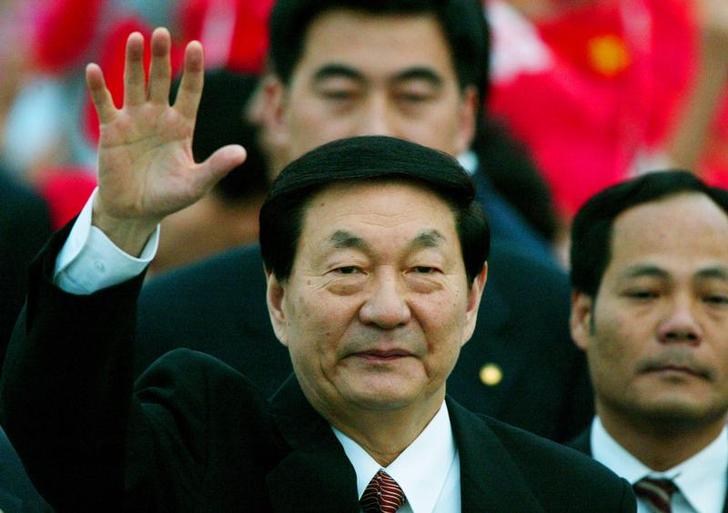 China is channelling its old leaders. A new book of speeches by Zhu Rongji has focused attention on the ex-premier who slashed state-owned enterprises, tamed banks and curbed runaway inflation in the 1990s. The current incumbent, Li Keqiang, faces some similar challenges. He would do well to imitate Zhu’s style, though not his methods.

Li needs to finish some of the work his predecessor started. Zhu tamed money growth in the mid-1990s by forcing banks to slow reckless lending. Later, he helped clear non-performing debts from lenders’ books through the creation of special “asset management companies”, and began to turn big banks into commercial businesses. With the financial system once again running amok, those types of reforms are due for a second outing.

Zhu also took a hatchet to bloated state-owned enterprises, reducing their workforce by 35 percent, or 40 million, over just five years. The SOEs are still an economic drain. Their profits were equivalent to 4 percent of GDP in 2012, according to Ministry of Finance data, even though they still employ almost a tenth of the country’s workforce.

Zhu’s tough personal style looks attractive after a decade of personality-free premiership from Wen Jiabao. Zhu eschewed consensus, and was infamously short-handed with lower-ranking bureaucrats. His main legacy, joining the World Trade Organisation, pinioned China’s vested interests into accepting reforms that would otherwise have been unlikely to pass.

But on two issues, Zhu offers few pointers. First, how to deal with a slowing economy. In the mid-nineties, GDP growth fell to 7.6 percent, roughly where it is today. But Zhu could rely on construction, and later vast export gains, to revive growth. Investment grew to almost half of GDP in the post-Zhu years. New leaders need to reverse those excesses, not repeat them.

Then there are vested interests. After Zhu, inequality thrived, the environment was degraded and political reform stagnated. China now badly needs to close the income gap, fund pension and healthcare systems, curb property prices, and address calls for political accountability. Li will need to be tough to make those changes, but he won’t find much guidance in Zhu’s playbook.

Former Chinese premier Zhu Rongji, pictured during his time in office as he waves as he arrives at Hong Kong airport in November 2002.

Zhu Rongji, China’s former premier, published a book of speeches and letters from his time as a leading official in Shanghai on Aug. 12. The Chinese language book, whose name translates as “A true record of talks in Shanghai”, is Zhu’s sixth tome, according to state-run newspaper Global Times.
Zhu was vice-premier from 1991, and served as premier from 1998 to 2003. During that decade China’s real GDP growth ranged from 14 percent to as low as 7.6 percent in 1999, based on data from the National Bureau of Statistics.
During 1994, monthly consumer price inflation rose as high as 28 percent, falling to negative territory by early 1998. He also oversaw the reform of the People’s Bank of China, China’s entry into the World Trade Organisation in 2001, and the creation of China’s separate stock market and bank regulatory bodies.
Searches for Zhu’s name on social networking site Sina Weibo were blocked on August 14, with the message “according to the relevant laws and policies, results cannot be shown”.