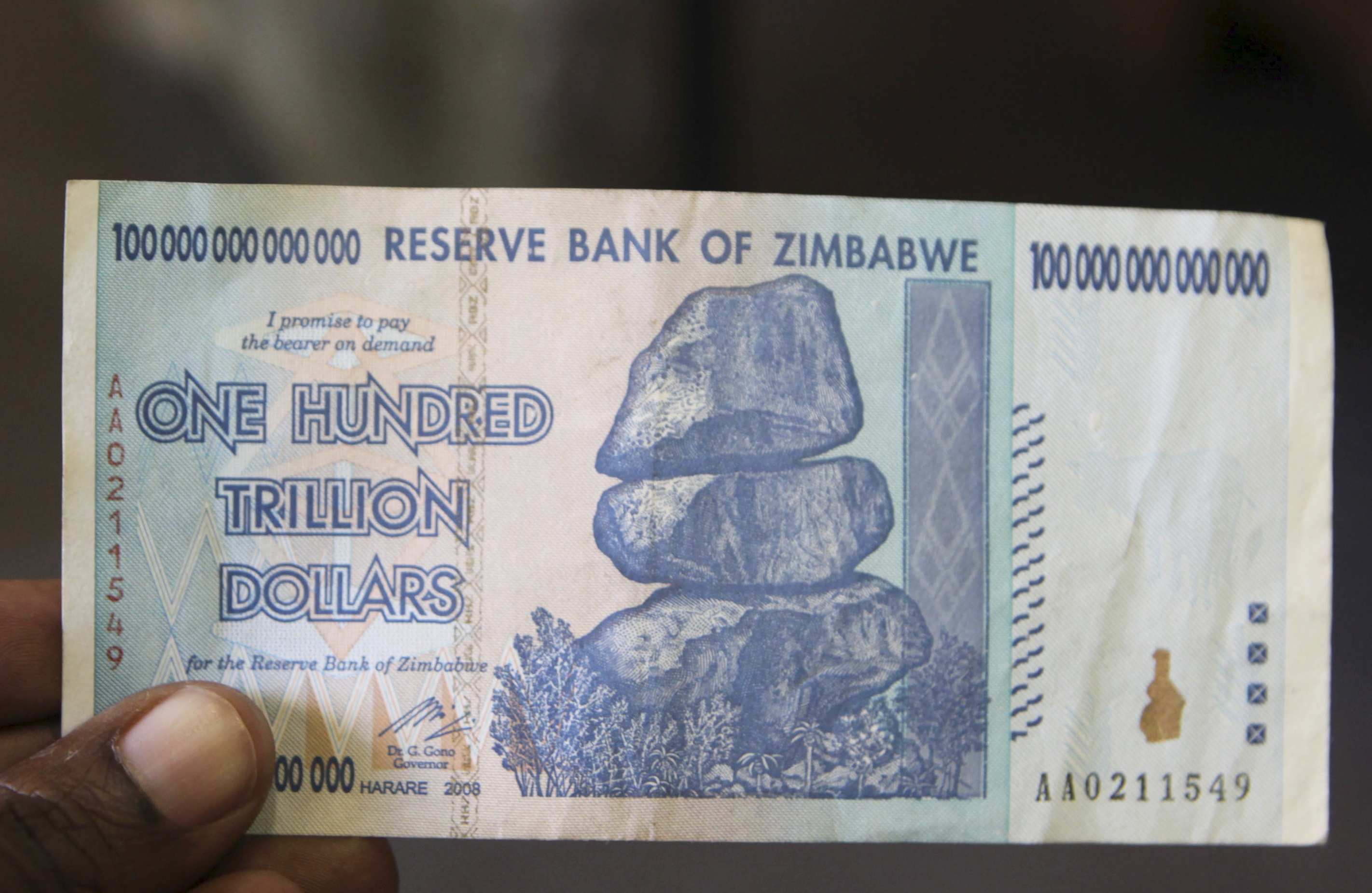 The African state suffered hyperinflation in 2007 after paying bills by printing its own currency. A decade on, it is doing so by printing U.S. dollars instead. The idea of conjuring foreign currency from nowhere with the tap of a keyboard sounds too good to be true – and is.

A man holds up for a picture a one hundred trillion Zimbabwean dollar note inside a shop in Harare, Zimbawe, June 12, 2015. On online auction site eBay, a 100 trillion Zimbabwean dollar note is a collector's item fetching up to $35, a small fortune compared with the 40 U.S. cents on offer from the central bank as it seeks to officially bury the worthless currency. Picture taken June 12, 2015. REUTERS/Philimon Bulawayo - RTX1GC60

The International Monetary Fund said on May 15 that the Zimbabwean economy was “facing difficulties”. It called out high government spending, fiscal imbalances financed by domestic borrowing, and called on authorities to reduce the deficit to a sustainable level.

To restore confidence, the IMF said “refraining from central bank financing of the deficit”, and “containing the issuance of debt and quasi-currency instruments” was “vital”.

The Zimbabwe government is working on a plan to establish a gold reserve to anchor the re-introduction of its own currency, All Africa reported on May 16.

The plan could see the government investing in its interests in the Sabi, Elvington and Jena gold mines, which have not been operating in recent years due to lack of capital.

Once all the companies owned by government start operating, they could be required to set aside part of their gold output to be kept as reserve by the Zimbabwean central bank.