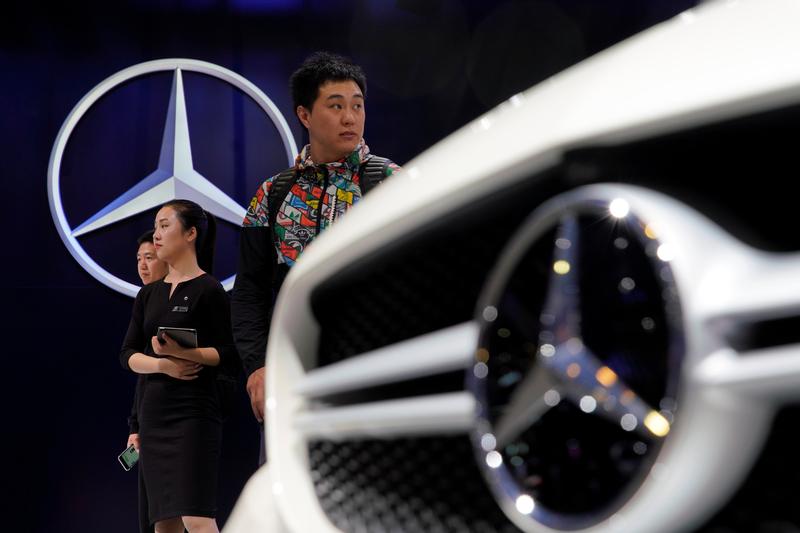 Mercedes-Benz and peers notched up double-digit sales growth during the last quarter. The wider Chinese auto industry, though, is in the doldrums, and faces a 5% decline this year. It lays bare a widening wealth gap that is already sending more brands scrabbling upmarket.

People are seen standing next to a Mercedes-Benz car displayed during the media day for Shanghai auto show in Shanghai, China April 17, 2019.

Sales of passenger cars fell by 6.3% from a year earlier in September, according to data released by the China Association of Automobile Manufacturers (CAAM) on Oct. 14.

CAAM expects auto sales to fall 5% year-on-year to 26.7 million vehicles in 2019, it announced on July 25. That compares with its previous forecast for zero growth and last year’s decline of 2.8%.

BMW said on Oct. 11 that its China sales increased 5.8% in September compared with a year earlier. Earlier, BMW reported China sales growth of 9.4% and 16.4% in August and July.