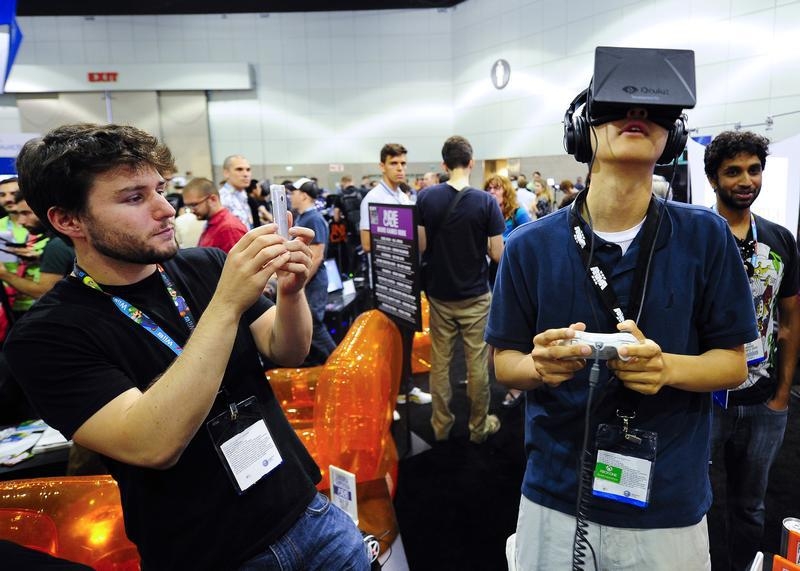 Mark Zuckerberg is liking a lot of deals. Right after spending $19 billion on WhatsApp, the Facebook founder is splashing out $2 billion – and possibly more – in cash and stock on a virtual reality newcomer, Oculus VR. It’s arguably a riskier punt than the messaging app. Both deals also suggest a buy, not build, approach.

Oculus, which got going thanks to a Kickstarter campaign less than two years ago, is a hot property, attracting rave reviews for its Rift headset. For some observers the company, led by co-founder Brendan Iribe, has done for virtual reality what Apple’s iPhone did for smartphones: combine available technologies into a package that’s both user-friendly and a revelation for those that try it.

That’s how Zuckerberg sees it, and not just for the obvious gaming potential – Oculus’ initial market – but ultimately for social interactions. He suggests the headsets and software could become the next big computing platform.

Facebook’s $165 billion market value and dual-class share structure allow Zuckerberg to spend the company’s stock on little more than a hunch. Nevertheless, Oculus still needs to realize a big slug of its potential to justify the price tag – especially as it won’t, as the Facebook finance chief put it during a conference call, have a material impact on its new parent’s revenue for now.

Zuckerberg, who still essentially calls all the shots at Facebook, is displaying a willingness to pay what look like high prices to snap up what might be the next big thing. That may be pragmatic, and he argues the $1 billion he paid for picture-sharing app Instagram in 2012 has worked out well. But that strategy could end up getting pricey – especially as it’s unclear what criteria Zuckerberg is using to measure success.

As it is, Andreessen Horowitz and other venture capital firms are entitled to rub their hands over the handsome turn they are making on the $75 million of “B” round investment they served up to Oculus only in December. But maybe they should watch their backs. Next time, Zuckerberg may not even wait for endorsement from venture capitalists before swallowing the next hot early-stage tech startup. Just like them, except on a larger scale, he needs to spread his bets to ensure he has enough winners in his portfolio.

Software designer Julian Kantor (L), who created "The Recital" takes a picture of Jonathan Feng (R) as he uses the Oculus Rift virtual reality headset to experience his program during E3 in Los Angeles, California June 12, 2013.

Facebook on March 25 said that it has reached a definitive agreement to acquire Oculus VR, a young company involved in immersive virtual reality technology, for a total of approximately $2 billion. This includes $400 million in cash and 23.1 million shares of Facebook common stock, valued at $1.6 billion based on the average closing price of the 20 trading days before March 21 of $69.35 per share. The agreement also provides for an additional $300 million earn-out in cash and stock based on the achievement of certain undisclosed milestones.

The acquisition, which follows shortly after Facebook’s $19 billion deal for messaging service WhatsApp, marks a big bet to anticipate the next shift in an evolving technology industry.

Oculus, founded in 2012, got its start as a Kickstarter-funded program, drawing small investments from thousands of people on the popular online fund-raising platform. It quickly drew attention to its “Oculus Rift” virtual-reality glasses, demonstrated at tech and gaming conventions around the country. It raised $75 million in December in a funding round led by Andreessen Horowitz.