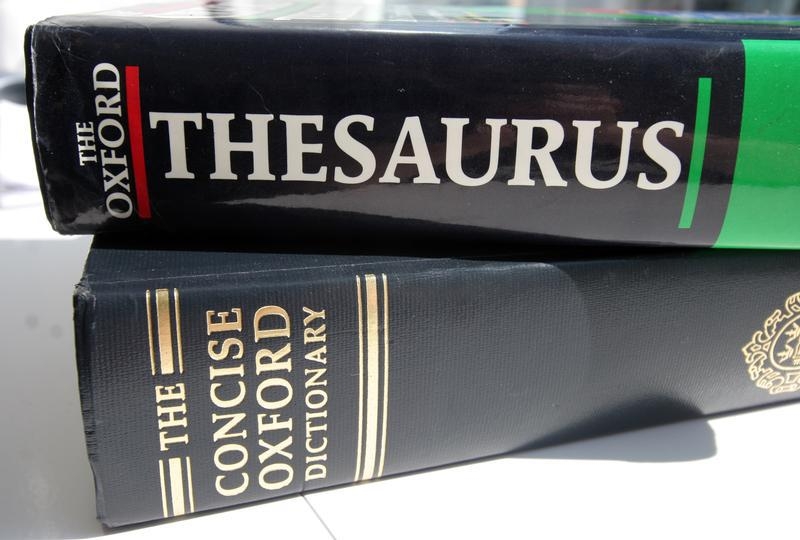 As the market perpetually shifts, so do the rhetorical stylings its players use to talk their way out of problems. The past year saw above-average creativity when it came to saying one thing and meaning another. Here, Breakingviews offers up 10 euphemisms we’d most like to see disappear.

Holding assets of tangible value used to be seen as a good thing. But as asset bubbles deflate, the opposite has become true. While some hoteliers went “asset-light” years ago, in 2014 everyone from car-hailing app Uber to sugary-drink peddler Jamba Juice touted their intangibility. Yet someone still has to own all those assets, whether cars, hotels or shops, so in reality profit or loss is just spread among more people. It’s outsourcing by another name.

What’s not to like about being competitive? When it’s a roundabout way of saying “excessive”. Helge Lund’s unacceptable pay as chief executive of UK energy group BG was explained as “competitive in the international oil and gas industry”. Stuart Gulliver’s potential $18 million pay and benefits at HSBC were part of a “competitive position on pay”. Even Coca-Cola trotted out the word to defend an egregious stock compensation scheme opposed by some shareholders and belatedly criticized by Warren Buffett. More often it becomes a competition in which shareholders lose out.

This fluid word “earnings” came in for a special beating in 2014. Valeant, the drugmaker that bid unsuccessfully for Botox-maker Allergan, asked shareholders to focus not on its regular earnings but on “cash earnings per share” – mainly because they were much higher. Tech companies ask investors to look at “non-GAAP earnings”, which add back things accounting regulators have already decided should be removed. Presto: loss-making companies turn profitable; the mediocre become tremendously successful.

In old-school parlance, rag-bags of companies with loose industrial logic were called “conglomerates”. Contemporary internet groups like Facebook, Google, Rakuten and SoftBank prefer the more biological-sounding ecosystems. For some, it means dabbling in many things, because no one is sure what will work. For others like Alibaba which include customers and service providers like couriers in their ecosystems, it’s a way of sharing in the labours of unrelated companies without having to bail them out when things go wrong. Or at least, that’s the hope.

Luxury-goods makers have discovered to their horror that in China, gift-giving is often a front for bribery of officials, and a purge on corruption has deprived them of a large chunk of revenue. The result is what cognac-distillers call “destocking”. It’s hard to believe the most sophisticated consumer brands in the world didn’t know their customers were using their products to break the law. The falling share prices of companies like Remy Cointreau and Prada suggest investors hadn’t seen through the linguistic wrapping.

That innocuous greeting was how Stephen Elop, executive vice president at Microsoft, began an email in July that, 11 paragraphs later, would tell 12,500 employees they were being fired. In fairness, only a sociopathic boss would relish firing people. But by using harmless language to dress up policies workers won’t like, the tone-deaf Elop is in the same boat as politicians around the world, from Germany to China. In economics they just call it “structural reforms”.

A polite, academic term for a government policy that forces workers to toil for longer and receive lower pay and benefits in return. Though first coined in the 1990s when several Nordic states were considering adopting the euro, the actual crisis of the single currency forced countries, principally Spain, to put the theory into practice. While the strategy may work, honesty would dictate a redefinition to “more work, less pay”.

This fancy name for buying foreign companies to avoid U.S. taxes on offshore earnings may see little usage in 2015. Buyers from Burger King to Pfizer, Eaton and Chiquita attempted to strike deals in 2014 that would sidestep the taxman. But President Barack Obama decided that “inversion” was simply a misspelling of “evasion”, and made such deals harder to get done.

Cases thought settled proved to be anything but in 2014. British lender Standard Chartered paid a third round of penalties over dealings with Iran, only to find American authorities fear there is still more to be unearthed. Barclays, UBS and four other banks were found to have manipulated foreign currency markets, despite having already settled other charges of interest-rate tinkering. Bank bosses blame the industry’s “culture” – the biggest misnomer of all.

The concept is pretty simple. But its meaning has become, well, volatile. When market movements were sluggish, low volatility described an anxious state of uncertainty as markets waited for commodity prices to inevitably drop, and interest rates to rise. Now, plunging prices of assets from the rouble to oil have been explained as a natural return to volatility. In fact, low or high volatility mean the same thing: nobody knows what’s going on.