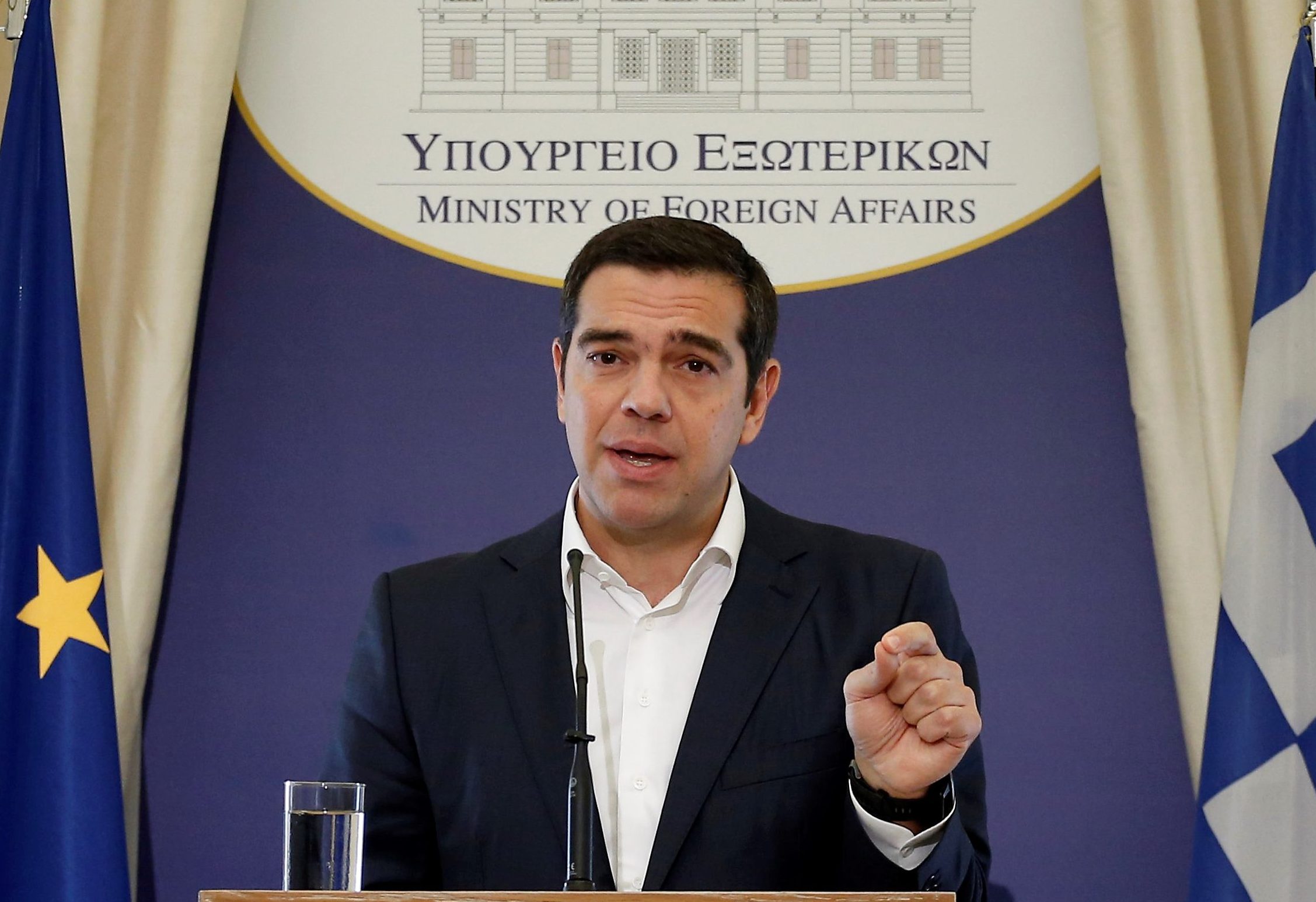 After nearly a decade of bailout-related austerity, the prime minister is promising giveaways ahead of a 2019 vote. There’s a case for spending more. But Italian jitters and the end of the European Central Bank’s bond-buying make this a bad moment to test investors’ patience.

Newly appointed Greek Foreign Minister and Prime Minister Alexis Tsipras delivers a speech during a hand over ceremony at the Foreign Ministry, in Athens, Greece, October 20, 2018.

The American-Hellenic Chamber of Commerce held a two-day conference in Athens on Dec. 3-4. Kyriakos Mitsotakis, the head of the opposition New Democracy party, addressed the conference on Dec. 3, while Prime Minister Alexis Tsipras delivered a speech on Dec. 4.

Greek GDP rose 1 percent in the third quarter compared with the previous three months and 2.2 percent from a year earlier, ELSTAT said on Dec. 4.