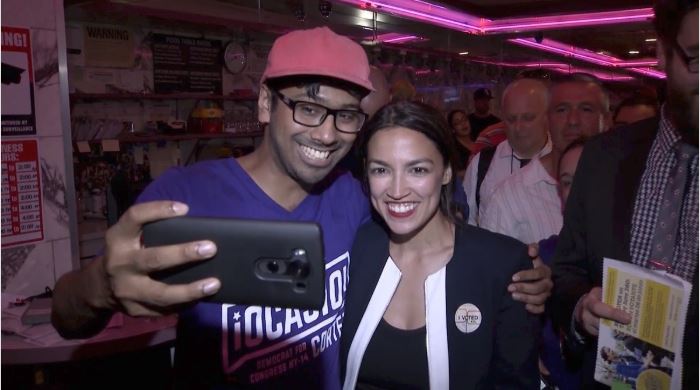 “We’ve got people, they’ve got money.” With that slogan Alexandria Ocasio-Cortez triumphed over a well-funded opponent in a New York primary election. The phrase captures the idea that clobbered 19th-century free-market liberalism. It may just master today’s privileged 1 percent.

Alexandria Ocasio-Cortez poses for a selfie on election night in New York City.

Alexandria Ocasio-Cortez won the Democratic Party primary in the 14th congressional district on June 26. She gained 57 percent of the vote, displacing the incumbent Joseph Crowley, who was first elected in 1998. Ocasio-Cortez, 28 years old and campaigning in her first election of any sort, identifies as a democratic socialist. Her campaign video, which includes the slogan “We've got people, they've got money," has been uploaded 2 million times.