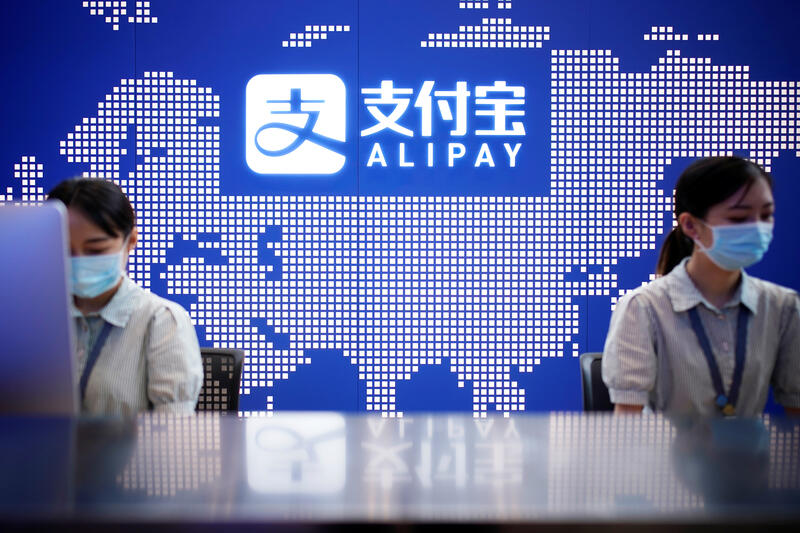 Alibaba’s payments offshoot has grown into a $200 bln-plus digital middleman for loans, funds and insurance. That’s allowed it to avoid the dodgy credit and opaque transactions which weigh down China’s financial system. New investors are betting regulators will let that continue.

Alipay logo is pictured at the Shanghai office of Alipay, owned by Ant Group which is an affiliate of Chinese e-commerce giant Alibaba, following the coronavirus disease (COVID-19) outbreak, in Shanghai, China September 14, 2020. REUTERS/Aly Song - RC29YI9MGMDF

Ant Group is seeking to raise at least $35 billion in its initial public offering, putting the Chinese financial technology group on track for a global record, Bloomberg reported on Sept. 21, citing people familiar with the matter.

Ant’s increased IPO target is based on a valuation for the company of around $250 billion, Bloomberg cited the people as saying.

The largest IPO to date is Saudi Aramco’s $29 billion offering in 2019.

Ant on Sept. 18 received approval from the Shanghai Stock Exchange for a domestic IPO. It plans to list simultaneously in Hong Kong and on Shanghai’s STAR Market.