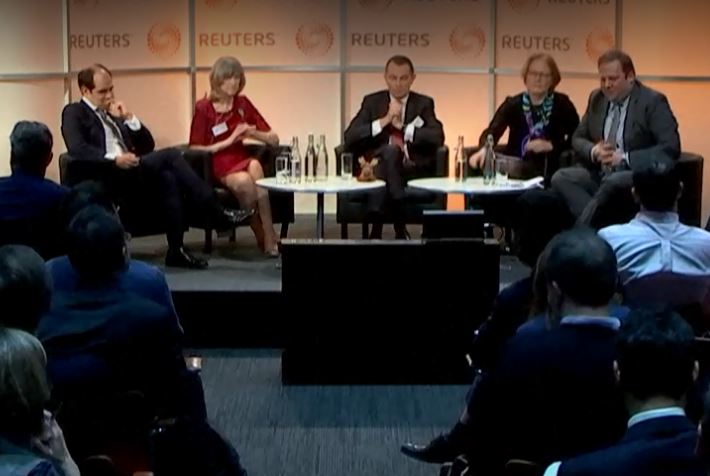 Wannabe fintech disruptors are out in force at Davos. Regulation and poor returns helped protect big lenders up to now. Renewed interest in financial services from the likes of Amazon and Apple poses a bigger threat. Banks will need to either join forces or partner with Big Tech.

The Breakingviews Predictions Panel held in London on Jan. 18.

Banks have more to fear from big technology companies than from financial technology upstarts, bank executives said during the Reuters Breakingviews Predictions Panel held in London on Jan. 18.

“I see more of a threat from Big Tech than from fintech,” said António Simões, chief executive of HSBC’s operations in the United Kingdom and Europe. “The expectations of customers have moved so far.”

Jean Pierre Mustier, chief executive of UniCredit, said he did not expect companies like Amazon and Apple to launch their own banking services, but expected them to team up with existing banks. “We are happy to disrupt ourselves. We have to embrace that.”

Caroline Silver, a managing director at Moelis & Company, said big technology companies were increasingly fighting among themselves. However, she said banks were spending too much on technology which did not differentiate their services.

Asked in an electronic poll which non-financial company would have the most UK banking customers by 2025, 66 percent of the audience chose Amazon, while 28 percent opted for Apple.