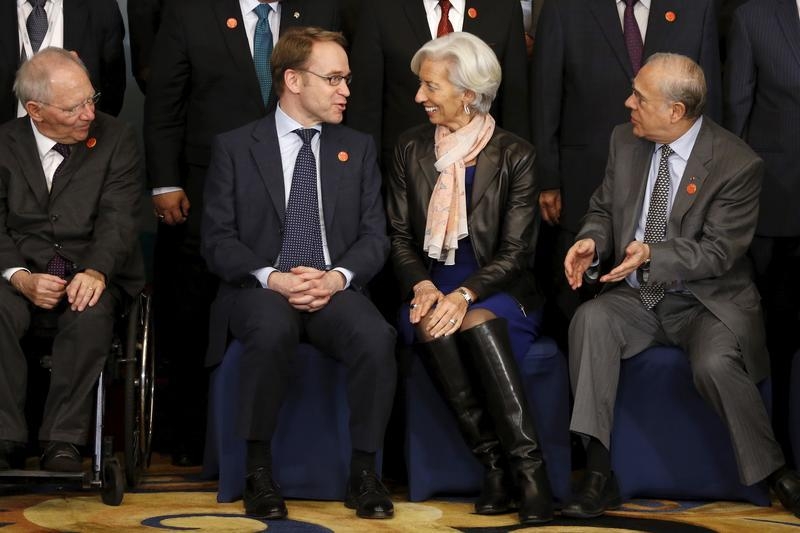 The world’s economic powerhouses are poorly equipped to deal with the next emergency. That’s the main lesson from the latest confab of leading central bankers and finance ministers in Shanghai. Though fears about an imminent crisis look premature, the outbreak of bickering about fiscal and monetary policy doesn’t bode well for the next downturn.

It’s been years since a meeting of the Group of Twenty developed and emerging economies led to substantial action. Expectations for the latest G20 gathering were therefore low, and the participants duly delivered. Indeed, the two-day meeting in Shanghai’s Pudong district served mainly to highlight deep global divides.

Take monetary policy. The selloff in global markets this year is at least partly based on the concern that ultra-low interest rates have lost their ability to stimulate growth and that central banks – in the latest iteration of the military metaphor – are out of ammunition.

Though central bankers predictably reject this view, there’s little sign that they agree on what to do next. The latest weapon to emerge from the arsenal – the shift to negative interest rates – has not only rattled investors, but also exposed tensions in what is normally a tight clique of policymakers.

While in Shanghai, Bank of England Governor Mark Carney warned about negative interest-rate policy that attempts to insulate the domestic banking sector from its effects. This was, he said, designed to drive down the exchange rate, transferring weak demand to other countries, thereby “pulling the global economy closer to a liquidity trap”. Though Carney did not say so, he was clearly criticising his Bank of Japan counterpart Haruhiko Kuroda.

The need for more government spending is another source of strain. Before the meeting the International Monetary Fund reiterated its view that countries with relatively low debts could “do more” to boost demand, for example by borrowing to fund infrastructure investment.

But the finance minister of one of those countries, Germany’s Wolfgang Schaeuble, dismissed the notion that the world could solve its problems with more leverage. “The debt-financed growth model has reached its limits,” he told a conference organised by the Institute for International Finance. “If we continue on this path we will no longer need to watch television. The living dead will overwhelm us.”

In the past, the United States might have been able to bully participants into a more meaningful agreement. But with a domestic presidential election campaign dominated by isolationism and downright xenophobia, America is hardly in a position to show global leadership. Host nation China, meanwhile, was more intent on reassuring the world about its ability to manage the economic slowdown at home.

Leaders from the People’s Republic used the Shanghai spotlight for a public-relations blitz aimed at countering fears about a further devaluation of the yuan. Premier Li Keqiang promised the currency would remain “basically stable” – a message Zhou Xiaochuan, governor of the People’s Bank of China, reiterated at a rare press conference.

The onslaught had some impact: China was notably absent from the worries listed in the G20’s final communiqué. However, the outbreak of openness did not offer much more clarity about how China is managing its currency. Investors were audibly exasperated when PBOC Deputy Governor Yi Gang told the IIF conference that the central bank currently monitors three different measures of China’s trade-weighted exchange rate.

The consequences of the disunity should not be overstated. As the G20 pointed out, turmoil in financial markets is at odds with a global economy that is still expected to grow by almost 3.5 percent this year.

Nevertheless, the divisions that were on display in Shanghai suggest the world’s biggest countries are poorly prepared to deal with the next shock when it inevitably occurs. Perhaps it takes a full-scale crisis for the G20’s members to set aside their differences and take some substantial decisions. The rest of the world may find out soon enough.

Policymakers from the world’s top economies said on Feb. 27 that the world needs to look beyond easy monetary policy to provide balanced growth.

In a joint communiqué issued at the end of the two-day conference of G20 central bankers and finance ministers in Shanghai, participants repeated previous pledges not to engage in competitive currency devaluations and pledged to “consult closely” on exchange markets.

Policymakers from the Group of 20 big developed and emerging economies said they would use “all policy tools – monetary, fiscal and structural – individually and collectively” to strengthen growth and financial stability.