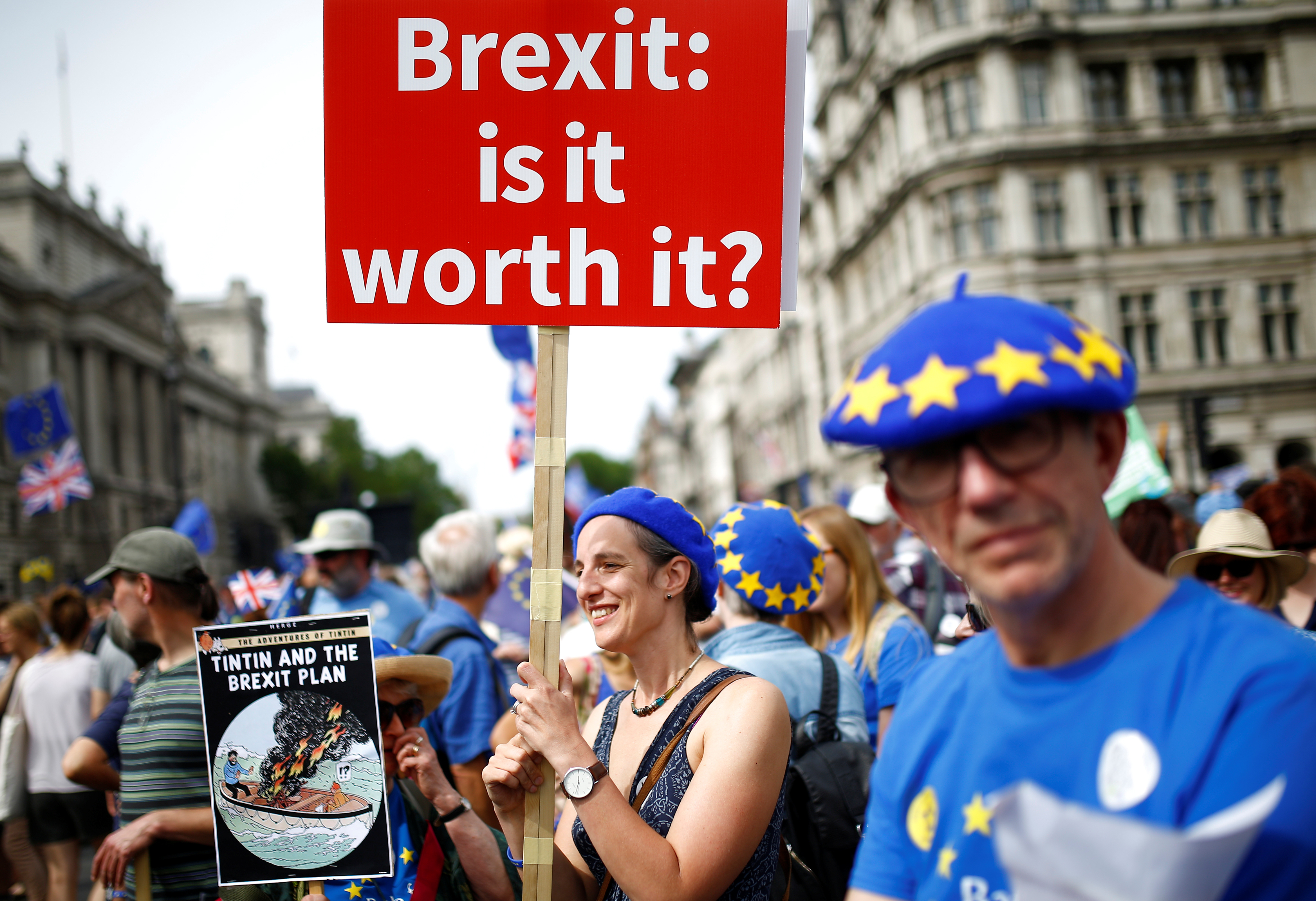 The Prime Minister’s deal to leave the European Union is on life support after she delayed a crucial vote. Britain faces a baffling array of political options. Despite the confusion, the country essentially has four choices. Breakingviews offers a guide through the labyrinth.

A woman holds a placard as she joins EU supporters, calling on the government to give Britons a vote on the final Brexit deal, participating in the 'People's Vote' march in central London, Britain June 23, 2018. REUTERS/Henry Nicholls - RC1D5184F310

British Prime Minister Theresa May on Dec. 10 abruptly postponed a parliamentary vote on her Brexit deal.

May said she still intended to put her deal to lawmakers, but she would first ask the European Union for more “reassurances” over the main bone of contention: a “backstop” to ensure no hard border on the island of Ireland.

The European Union’s top court ruled on Dec. 10 that the United Kingdom can unilaterally revoke its EU divorce notice.

The Court of Justice said in an emergency judgment that London could revoke its decision to trigger Article 50, which signals a country’s decision to leave the EU, with no penalty.