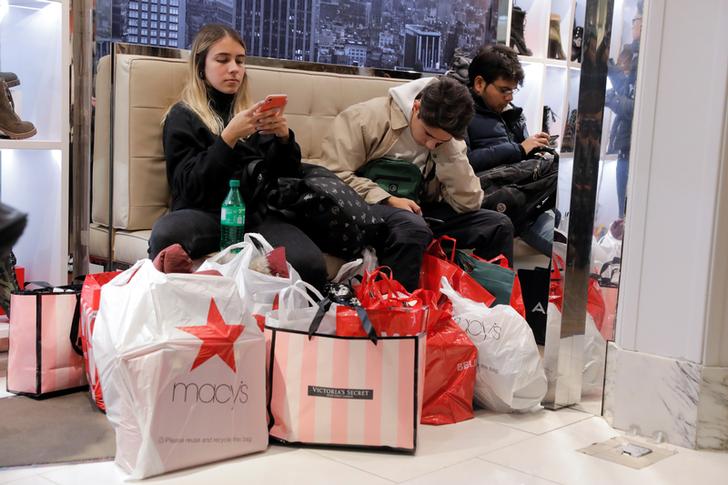 What do Goldman Sachs, Square, PayPal and Amazon.com have in common? They all agree that buy-now-pay-later lending is the credit card of the next generation. The short-term financing tool is shaking up how consumers buy online, prompting established lenders to scramble to catch up with industry upstarts. Meanwhile, regulators are worrying about an explosion of unsustainable debts. Breakingviews explains how the bill is coming due.

How does pay-later lending work?

As the name suggests, it allows consumers to order a product without handing the cash over immediately. Unlike credit card purchases, buyers agree to repay in multiple weekly, bi-weekly or monthly instalments. In most cases, they don’t pay any interest. Pioneers like Sweden’s Klarna and Australia’s Afterpay provide the instant short-term loans for everything from Nike trainers to clothes from ASOS to concert tickets to groceries. Customers then settle the bills through the providers’ smartphone apps.

This is seductive for buyers, particularly when shopping online. It’s also appealing for retailers eager to remove any barrier that discourages customers from clicking “Purchase”. Merchants therefore give pay-later providers a discount for improving their chances of a quick sale. The lender collects the full amount from the buyer in instalments and pockets the difference as a fee. On average this is 3% of the purchase price but can be as high as 8%. Loan sizes vary: the average first-time customer using Klarna borrows about 100 pounds, but repeat users have access to more credit. Affirm offers loans worth up to $17,500 in the United States.

Pay-later providers usually fund the loans with their own balance sheets, though Affirm has packaged up instalment loans used to purchase products including $1,900 Peloton static bikes and sold them to investors. Consumers who fail to keep up with payments may face late fees and be banned from future purchases.

This model is attractive for lenders. To see why, consider a pay-later loan for a $100 pair of shoes, repaid in three monthly instalments. The lender pays the retailer $97 up front and collects the full amount from the borrower. In other words, it pockets $3 on a loan which has an average balance of $48.50 over its duration. Repeat the trick four times in a year, and the pay-later lender has pocketed $12 from just $48.50 of overall balance sheet exposure, a gross annual return of almost 25%. After deducting its own borrowing costs and credit card fees that should still represent a healthy return on capital for the lender, providing bad debt charges remain under control.

How big could pay-later lending get?

A report from payment processor Worldpay/FIS estimates that customers financed about $96 billion of online purchases with instalment loans last year. That could reach $300 billion globally by 2024, when it will account for 4.2% of global electronic payments. That’s still a small proportion of global credit card payments, which the report expects to reach $1.5 trillion in the same year. But it’s clear that pay-later loans are taking market share.

Pay-later loans are also appearing in physical commerce. Klarna, Affirm and Zilch, a UK-based provider whose investors include Goldman Sachs, issue virtual cards that customers can use in stores. McKinsey reckons up to 30% of pay-later loans issued this year in the United States, Europe and Australasia will finance face-to-face transactions.

How will mainstream lenders respond?

Credit card providers have scrambled to catch up. American Express, Citi and Barclays have rolled out instalment plans to customers. Others won’t be far behind: Visa and Mastercard are building interfaces that allow credit card providers using their networks to develop pay-later offerings. Online payments pioneer PayPal, which launched its service last year, extended pay-later loans on transactions worth more than $1.5 billion in the three months to June. Klarna processed $20 billion in the same period.

This onslaught suggests there are few barriers to entry. However, payments groups have also been buying. Square in August paid $29 billion for Afterpay, giving the company run by Twitter founder Jack Dorsey access to the Australian group’s 100,000 merchants in more than 40 countries. PayPal last month bought Japan’s Paidy for $2.7 billion, securing a foothold in a country where many citizens still use cash.

Meanwhile, large retailers are teaming up with financial partners. Amazon in August said it would work with $40 billion Affirm to offer its customers pay-later loans worth up to $17,500. Apple is exploring a service for iPhone users via a partnership with Goldman Sachs.

What will regulators do?

Any rapidly growing financial product prompts complaints and concerns. Pay-later loans are no exception. Regulators have focused on what they see as inappropriate marketing of credit, particularly to younger consumers, and whether buyers can afford the loans they are taking on.

The main danger is that pay-later debt is hidden. The loans are usually not classified as conventional credit, so providers do not need to report them to credit bureaus which build an overall picture of a consumer’s debt position. Sometimes lenders do not even report late or missed payments.

This blind spot lets consumers rack up loans from multiple providers. A study by Credit Karma found that a third of U.S. pay-later borrowers had fallen behind on one or more payments in August. In 2020, Klarna set aside 2.5 billion Swedish crowns ($275 million) to cover bad debts, on a consumer loan book worth 42 billion Swedish crowns.

Affordability checks are therefore urgent. The UK Financial Conduct Authority expects to introduce new rules next year. Reporting pay-later loans to credit bureaus is a first step. More drastic options would be to insist all pay-later providers obtain a banking licence, or to require retailers to seek regulatory approval before offering the loans.

Companies like Affirm, Afterpay and Klarna have the advantage of being early movers. With the help of hefty marketing budgets, they have built brands recognised by tech-savvy younger consumers. It’s hard to imagine conventional banks teaming up with artists like Snoop Dogg and Lady Gaga, as Klarna has done. Users provide data which providers can feed back to retailers to boost future sales. The upstarts can also seek to boost revenue by cross-selling other financial products to their users.

They may also be too big to buy. Klarna, which has 90 million users and partnerships with 250,000 retailers, raised money earlier this year at a $46 billion valuation, making it more valuable than many European banks.

However, any sustained regulatory crackdown is likely to slow the growth of pay-later lending, while greater oversight will also raise compliance costs. That’s important, because the industry’s pioneers aren’t currently making money.

Meanwhile, higher interest rates pose a particular threat to pay-later lenders. Because their income largely comes from retailers, they cannot easily pass on rising borrowing costs to consumers. Though they could start charging interest, that would diminish the product’s simple appeal.

The widespread rush to offer pay-later loans suggests the model is here to stay. How profitable it will be remains to be seen. For now, consumers are enjoying a windfall from buying things and paying for them in the future, at no extra cost. But for pay-later lenders, as for their customers, the bill will eventually come due.

Standard Chartered said on Oct. 13 that it would provide $500 million in financing to help Singapore-based financial technology firm Atome expand its buy-now-pay-later service in Southeast Asia.

The London-listed bank said it had also acquired a strategic stake in Atome, the consumer unit of Singapore-based Advance Intelligence.

U.S. payments company Square said on Aug. 1 that it would acquire Australian buy-now-pay-later lender Afterpay for $29 billion in stock.

Standard Chartered said on Oct. 13 that it would provide $500 million in financing to help Singapore-based financial technology firm Atome expand its buy-now-pay-later service in Southeast Asia.

The London-listed bank said it had also acquired a strategic stake in Atome, the consumer unit of Singapore-based Advance Intelligence.

U.S. payments company Square said on Aug. 1 that it would acquire Australian buy-now-pay-later lender Afterpay for $29 billion in stock.