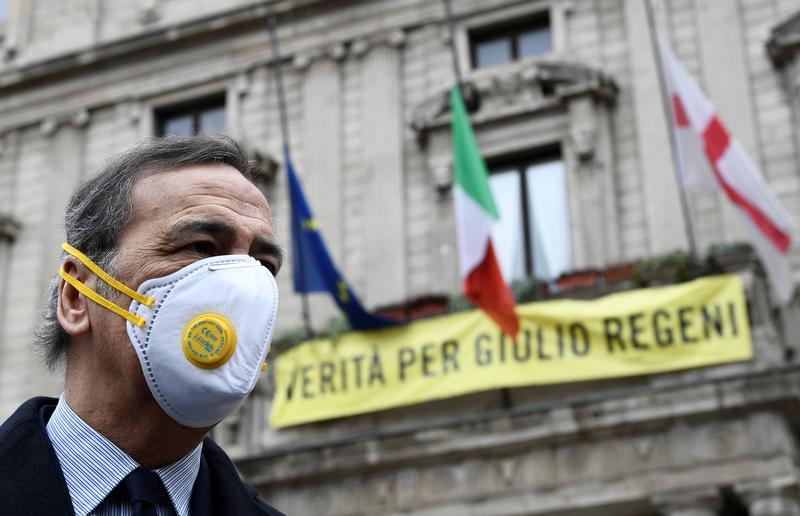 The pandemic is stretching state finances, particularly in heavily indebted countries like Italy. ECB bond-buying helps; so would clubbing together to provide cheap loans. But it’s not enough. It’s time for the single currency to consider joint bonds. Breakingviews explains why.

Mayor of Milan Giuseppe Sala addresses the media after a ceremony to draw an Italian flag to half mast as mayors across Italy stand in silence to honour the country's dead due to coronavirus disease (COVID-19), in Milan, Italy, March 31, 2020.

Euro zone finance ministers are on April 7 likely to discuss three quick options to support their economies in the wake of the coronavirus epidemic, officials told Reuters on April 3.

European Union leaders asked the ministers on March 26 to come up with proposals for cushioning the effects of the pandemic.

The three ideas include a standby credit line from the European Stability Mechanism, which could be worth up to 2% of the requesting country's GDP, be available for 12 to 24 months and, if drawn upon, have a maturity of 5-10 years.

The second idea is guarantees for the European Investment Bank, the government-owned investment arm of the EU, possibly up to 25 billion euros. This would allow the bank to provide 200 billion euros more in loans to small and medium-sized companies.

The third element is a short-term work scheme, modelled on the German "Kurzarbeit" plan, to prevent lay-offs.

The plan would encourage companies to cut workers' hours, not jobs, and the government would top up the resulting lower wages from a cheap loan it gets from the European Commission which would borrow up to 100 billion euros on the market for that purpose, using its triple-A rating.

However, French Finance Minister Bruno Le Maire said on April 6 that any response would have to include a joint solidarity fund of the type Paris has proposed.

“There is an agreement emerging on the first three options, but that is not enough,” Le Maire told journalists ahead of the meeting with his euro zone counterparts.