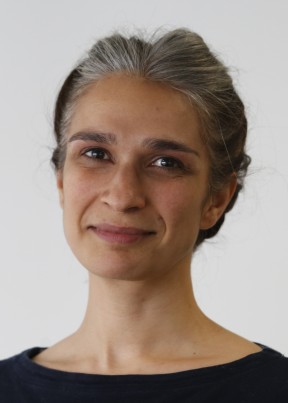 Can China avoid a financial crisis? That’s the question facing regulators and investors after a rapid rise in leverage in the world’s second-largest economy. The links between the official banking system and shadowy institutions have also grown deeper and harder for regulators to fathom. Breakingviews explains how the People’s Republic might avert a meltdown, but might find a credit crunch harder to dodge.

How big is the risk of a financial crisis in China?

The amount of debt in the Chinese system has exploded. Total non-financial credit has surged to around two and half times annual output by the first quarter of 2016, according to the Bank for International Settlements. Debt in the still-developing countryis now roughly the same relative to the size of the economy as in the richer United States.

Financial history shows that when debt outstrips GDP growth, accidents become more likely. But in China’s case, it’s not just the absolute increase in leverage that’s worrying. The speed at which debt has expanded also means there is an increasingly complex web of transactions and financial products which links China’s biggest banks with smaller peers and with shady financial institutions that operate outside the official safety net provided by the authorities.

So where are the trouble spots?

Chinese banks have added $7.1 trillion in new assets – equivalent to around two-thirds of GDP – since the end of 2014. Over the same period, deposits have only risen by around $3 trillion, according to official figures. Most of the increased lending is concentrated outside China’s four largest state-owned banks. That means smaller and medium-sized banks are competing hard for alternative sources of funding.

A few smaller lenders stand out. Industrial Bank, Zheshang Bank and Bank of Jinzhou now get almost half their funding from other financial institutions rather than depositors. That makes them more vulnerable to sudden shocks in confidence, which could prompt other banks to pull in lines of credit that are often rolled over on a daily basis.

Mid-sized and local city commercial banks are often the main sources of finance for local governments and property companies. Rather than relying on deposits, these banks frequently bundle up loans into wealth management products which are sold to retail investors or other financial institutions.

Those funds are then repackaged – often many times over – and traded between banks and other financial outfits such as asset management firms. This game of pass-the-parcel enables small banks to support lending in excess of their official balance sheets, while skirting rules that force them to set aside chunky provisions for loans that go bad.

What can go wrong?

The interbank market connects strong banks with weaker counterparts and shadowy lenders. Analysts estimate that over 80 percent of interbank lending is done on an overnight basis. The People’s Bank of China is trying to force banks to borrow for periods of seven or 14 days while making overnight funding more expensive. But it’s hard to tell whether the central bank has succeeded as banks don’t release data on the tenor of their interbank lending and borrowing.

Assume that China suffers a sharp correction in its dizzy property sector, or that a poorly run asset management firm collapses. Such a shock could hit the value of wealth management products issued by a smaller bank, prompting customers to withdraw funds or demand compensation.

This in turn could lead larger banks to scale back their interbank exposure to smaller lenders they perceive to be most at risk. Overnight borrowing costs would spike, forcing small banks to call in loans or launch a fire-sale of assets to meet maturing funds.

But won’t the PBOC come to the rescue?

China’s central bank can flood the market with liquidity and order state banks to keep lending to each other. But banks and non-bank financial institutions have become so entwined that regulators might not immediately know where the problems were.

Banks’ claims on non-bank financial institutions in China have surged from 11.2 trillion yuan ($1.65 trillion) at the end of 2014 to 25.2 trillion yuan at the end of August this year, according to thePBOC. The central bank could pour liquidity into the market as a whole, but wouldn’t be able to inject funds into the specific problem areas.

To see what might go wrong, take Shengjing Bank in the rustbelt province of Liaoning, which has seen the value of wealth management products it sells rise by 754 percent since the end of 2014, according to an analysis by Rhodium Group. Those products aren’t issued by the bank itself but by asset management companies or securities firms. Moreover, the principal isn’t guaranteed.

Nevertheless, the underlying assets are tied to the local economy, which is in recession. Though the wealth management products can be cashed in at short notice, the loans have a much longer life. Any disturbance could leave a funding squeeze.

So can China avoid a financial crisis?

It depends what you mean by a crisis. The PBOC can prevent the Lehman-style collapse of a major financial institution. It would also step in swiftly to halt a run on any bank – sending trucks full of cash to reassure depositors their money is safe. The government has the power to force banks, brokerages and insurance firms to help prop up troubled firms – much as it organised the stock market bailout in the summer of 2015. And as China has comparatively little overseas debt, the risk of foreign creditors suddenly yanking their loans is also quite small.

But if credit continues to explode, a correction looks increasingly likely. A decline or even a slowdown in lending could trigger a cascade of defaults starting in the non-banking financial sector, and then spilling over into smaller banks and the real economy. Whether you call it a crisis or not, that will certainly be painful.