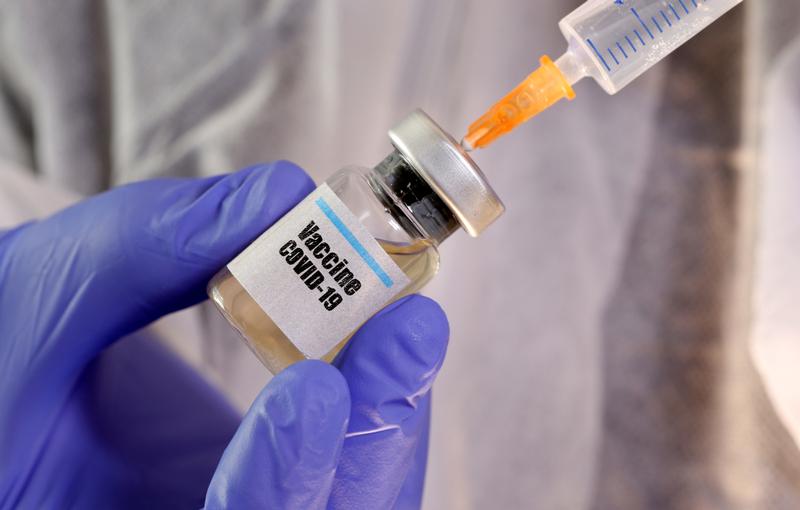 Pharmaceutical groups such as AstraZeneca and Pfizer may soon get regulators’ blessing for new coronavirus inoculations. A successful vaccine could ease a crisis that the Congressional Budget Office estimates will cost the United States alone some $8 trillion. Yet doubts over efficacy will linger, and manufacturing challenges mean poorer countries may have to wait. The reward for drugmakers is equally uncertain.

How do the potential vaccines work?

There are over 150 vaccines in development, from the cutting edge to old and reliable. There’s value in overkill – many candidates never reach clinical trials, and only about 20% of vaccines that do succeed.

Nucleic acid vaccines, like Moderna and Pfizer’s candidates, have attracted the most attention. They trick recipients’ cells into making proteins from the virus, prodding the immune system to attack it. Development is fast, taking just two months from identifying the virus’s genetic code to human trials – but no approved vaccines have used this method before.

Another technique is to modify other viruses to carry the Covid-19 genetic code. China’s CanSino Biologics, Johnson & Johnson and AstraZeneca are all developing variants of this method. It too is commercially untested. Moreover, there’s a risk that people with previous exposure to the modified virus may not mount an immune response.

A candidate by GlaxoSmithKline and Sanofi works by injecting fragments of the actual virus into the body, while other researchers are using weakened versions of it. These techniques are slower but have been used successfully with other diseases, and may be easier to manufacture.

When will one be approved?

Developing vaccines is usually a slow process – the fastest ever took four years. Researchers need to isolate the pathogen, create a candidate and carry out safety tests in animals. Then there come three stages of human trials, which take time and cost money.

Desperate need has upended these timetables. Drugmakers have run animal tests in tandem with human ones. Countries like the United States are bankrolling trials, allowing companies to proceed more quickly. There are already six vaccines in phase 3 trials – the final human test – led by Moderna, Pfizer, AstraZeneca and CanSino Biologics. If all goes well, the first vaccine might hit the market by late autumn.

The U.S. Food and Drug Administration has said that any vaccine should be at least 50% effective – or about as effective as a typical flu vaccine – in preventing disease. The coronavirus’s ability to significantly mutate appears lower than influenza, which suggests that a vaccine may last longer than the annual flu jab.

However, while the current vaccine candidates reduce the severity of Covid-19, it remains to be proven if any can stop the body from contracting it. That means vulnerable people may still worry about being exposed even after being dosed. Moreover, because Covid-19 is a new disease, new symptoms could emerge as more is known about it.

How quickly can vaccines be produced?

Manufacturing inoculations isn’t easy. Look, for example, at the so-called adenovirus vaccines developed by the University of Oxford and AstraZeneca. These are grown in a broth, requiring 2,000- or 4,000-liter fermenters. Such fermenters are in high demand and can take as long as a year to be ordered and installed. Skilled workers are in short supply. And there may be bottlenecks in materials and chemicals to make and package the vaccine.

Governments are helping by providing funds to help companies scale up manufacturing even before drugs are approved. The United States may buy at least 700 million doses from varying firms. Just three drugmakers – AstraZeneca, Moderna and Pfizer – expect between them to have made 4.3 billion doses by the end of next year, enough for over half the world’s population. Yet because not all vaccine candidates will work, there’s a risk that resources get wasted on failures.

Will the vaccine be distributed fairly?

Probably not. Wealthy countries that have helped produce treatments like the United States and Britain will be first in the queue, and there is no global organization to ensure an equitable distribution. The World Health Organization has set up a program called Covax, which aims to vaccinate the most vulnerable 20% of each country’s population by 2022. Many wealthy countries have endorsed the program, but that hasn’t stopped them buying up the supply of promising drugs.

One ray of good news is that the current investment in manufacturing will probably lead to spare capacity a year or so after the first vaccines emerge. That will enable charities and drugmakers to provide treatment for poorer countries more cheaply.

How much money can Big Pharma make?

Morgan Stanley estimates that perhaps 1.8 billion people in developed countries would use vaccines from Western firms in the first year or so, and prices in these markets might average around $5 to $10 per patient. Nonprofit organizations and charities might pay $1 to $3 per patient for roughly 2 billion people in poorer countries. Countries like China and Russia will use their own firms. Added up, the first batch of shots might bring in revenue of between $12 billion and $26 billion for Western drugmakers, the U.S. bank reckons. The key variable is what price governments are willing to pay.

AstraZeneca and Johnson & Johnson have both said that they will price their vaccine at cost during the pandemic. Others, such as Moderna, hope to make a buck. The price tag will depend on how efficient the treatments are, how much competition there is, and how many doses are available. But assume a $20 billion market, and a typical big pharma net margin of 20%, and that’s about $4 billion of profit for the first couple of years.

The profit from any vaccine after the pandemic eases is harder to predict, because it’s not clear how long immunity will last, and how often booster shots will be needed. Over time many vaccines may emerge, so price competition could be fierce.

What happens if the vaccines don’t work?

Many of the most advanced vaccines target the same protein on the virus. There’s a chance all may cause side effects or only offer short-lasting protection. Failure to get a drug approved would lead to protracted shutdowns, hitting economies hard.

Worse still, governments may lean on regulators to bless a treatment that doesn’t work. Russia on Aug. 11 approved a vaccine, even before it had conducted the final trial usually used to prove a drug’s efficacy. An ineffective remedy would raise the risk of bigger outbreaks as recipients let down their guard. It would also boost public skepticism of vaccines, making it harder to contain the disease when a better treatment emerges.

An approved vaccine would probably give a big boost to stock markets. Yet given the many challenges facing any successful treatment, the lasting benefit to the world population and economy is far from certain.

Pfizer, which is working with German biotech company BioNTech, expects to have results and submit its treatment to the U.S. Food and Drug Administration for approval by October.

AstraZeneca, which is developing a drug with the University of Oxford, hopes its vaccine could be in use by the end of the year.

Moderna has said it hopes to enroll 30,000 people for its so-called phase 3 trial by September.

Russia on Aug. 11 said it had approved a candidate vaccine, even though the treatment has not yet completed its phase 3 trials. President Vladimir Putin said on state television that the country would soon start mass-producing the drug.

Other companies working on remedies for Covid-19 include Johnson & Johnson, GlaxoSmithKline and Sanofi. There are currently 165 potential vaccine candidates in clinical and pre-clinical development, according to the World Health Organization.

A woman holds a small bottle labeled with a "Vaccine COVID-19" sticker and a medical syringe in this illustration taken April 10, 2020.

Pfizer, which is working with German biotech company BioNTech, expects to have results and submit its treatment to the U.S. Food and Drug Administration for approval by October.

AstraZeneca, which is developing a drug with the University of Oxford, hopes its vaccine could be in use by the end of the year.

Moderna has said it hopes to enroll 30,000 people for its so-called phase 3 trial by September.

Russia on Aug. 11 said it had approved a candidate vaccine, even though the treatment has not yet completed its phase 3 trials. President Vladimir Putin said on state television that the country would soon start mass-producing the drug.

Other companies working on remedies for Covid-19 include Johnson & Johnson, GlaxoSmithKline and Sanofi. There are currently 165 potential vaccine candidates in clinical and pre-clinical development, according to the World Health Organization.