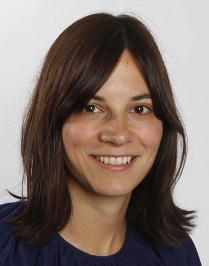 America’s system of licensing music could use some harmony. An obscure federal board has raised the fees that online radio giant Pandora must pay performers for music. Satellite rivals owe less, and terrestrial stations nothing at all. Separate rates cover composers and publishers, and mega-stars like the Beatles – newly available on Spotify and other services – set their own terms.

The Copyright Royalty Board announced last week that it will cost Pandora 17 cents for every 100 of an artist’s tunes played over the next five years, up from 14 cents. That’s literally pennies, but 56 percent of the music-streaming service’s $828 million in revenue for the nine months ending last Sept. 30 went to music-acquisition costs.

The royalty board’s fees account for just a sliver of those costs, however. They’re part of a mind-bogglingly complex system of rates, organizations and court rulings designed to compensate composers, publishers and performers for their musical creations. Here’s a breakdown of how things work.

What gives artists the right to compensation?

Copyright law grants authors, musicians and others the exclusive right to reproduce or perform their work publicly. When it comes to music, there are essentially two categories of copyright. One covers the sound – or performance – captured on a record, compact disc or computer hard drive. The other covers the piece of music itself, essentially the notes and often the lyrics, though the rights to lyrics can be owned separately.

Who has to pay?

That depends a lot on where the music is played. Terrestrial radio, otherwise known as FM or AM stations, need not pay performance royalties, because the promotional value of just putting a song on the airwaves has been considered compensation enough. Those stations do, however, owe fees for the underlying musical work, the rights to which are often held by a publisher.

Pretty much everyone else – streaming services like Pandora, Spotify and Apple Music, satellite stations like Sirius XM and radio channels that come with cable television subscriptions – must pay royalties covering both the performance of a song and the music itself.

How are the fees set?

This is where it gets complicated. Pandora and iHeartRadio are considered non-interactive – meaning they don’t allow listeners to choose a particular song – and are subject to fees set by the royalty board every five years. Those fees cover the performance rights to the music and are paid to SoundExchange, a nonprofit organization that collects and distributes royalties to rights owners.

Sirius XM and other satellite stations also pay a fee set by the royalty board, but it’s typically a percentage of revenue – an often favorable arrangement the stations struck in the 1990s, when they started to become popular. Only 23 percent of Sirius’ $3.4 billion in revenue for the nine months ending Sept. 30 went to performance royalties.

Rights to the underlying music are dealt with separately, through artist consortiums – known as performance rights organizations or PROs – that sell blanket licenses to their members’ works and then pass along the proceeds. The big ones are the American Society of Composers, Authors and Publishers, or ASCAP, Broadcast Music, or BMI, and SESAC. ASCAP and the other PROs also set the rates that traditional AM and FM stations are required to pay for performance rights.

What about Spotify and Apple Music?

Spotify and Apple Music are considered interactive services – they allow listeners to pick and choose among songs – and are not covered by royalty board or even PRO rates. Instead, they cut deals directly with copyright holders. For the performance rights, that’s typically big record companies like Sony Music, Universal Music Group or Warner Music Group. For the rights to the music itself, the owners are usually publishers like Sony/ATV, Warner/Chappell Music and Universal Music Publishing Group.

The Beatles’s music will be available for the first time on Spotify, Apple Music, Google Play and other interactive streaming services just after midnight on Dec. 24, online technology site Re/code reports. It’s already on Pandora.

How much do the rates differ?

They vary widely. The PROs charge Pandora, for example, more than terrestrial stations for music rights on the theory that the streaming service plays tunes more often and so uses more music. Those higher fees were hotly contested but ultimately upheld in a 2014 federal court case. On Tuesday, Pandora, ASCAP and BMI agreed on new fees covering multiple years, though the amounts were not disclosed.

Pandora also struck a deal recently for performance royalties with Sony/ATV, which owns the rights to Beatles, Michael Jackson and Bob Dylan recordings, and with Warner/Chappell Music, which has the likes of Jay Z and R.E.M. in its stable.

Spotify and Apple Music, meanwhile, negotiate deals directly with the various rights holders. The terms of their agreements are confidential, though Spotify has said it pays about 70 percent of its revenue for royalties, a total of $3 billion so far.

How do artists fare under the copyright system?

Taylor Swift, Adele and Coldplay are subject to the same royalty board rates as everyone else, but their commercial success gives them the power to withhold music from the likes of Spotify, Apple and Deezer to extract better terms.

For their mortal peers, however, the rise of digital and other online services has meant far less money. Spotify, for instance, says it pays royalties of between $0.006 and $0.0084 per song streamed. That adds up, considering how often a tune can be streamed. But it’s still a far cry from the payouts musicians used to receive from record or CD sales.

The situation is improving a bit. ASCAP reported collecting more than $1 billion in royalties for the first time last year and distributed a record $883 million, much of it for songs streamed over the internet.

Yet the overall trend isn’t promising. Spotify and Pandora already have around 75 million active users each, and revenue from streaming music is expected by 2018 to surpass revenue from digital downloads, which typically throw off higher royalties to artists, according to PricewaterhouseCoopers. Music’s lesser lights, it seems, are getting lost in the cacophony.

The Beatles’ songs will be available on streaming services for the first time just after midnight on Dec. 24, online technology site Re/code reported, citing sources familiar with the plans.

On Dec. 22, Pandora said it had struck multiyear licensing agreements with the American Society of Composers, Authors and Publishers, or ASCAP, and Broadcast Music, or BMI. The two artist consortiums sell blanket licenses to their members’ works and then pass along the proceeds.

The Beatles’ songs will be available on streaming services for the first time just after midnight on Dec. 24, online technology site Re/code reported, citing sources familiar with the plans.

On Dec. 22, Pandora said it had struck multiyear licensing agreements with the American Society of Composers, Authors and Publishers, or ASCAP, and Broadcast Music, or BMI. The two artist consortiums sell blanket licenses to their members’ works and then pass along the proceeds.