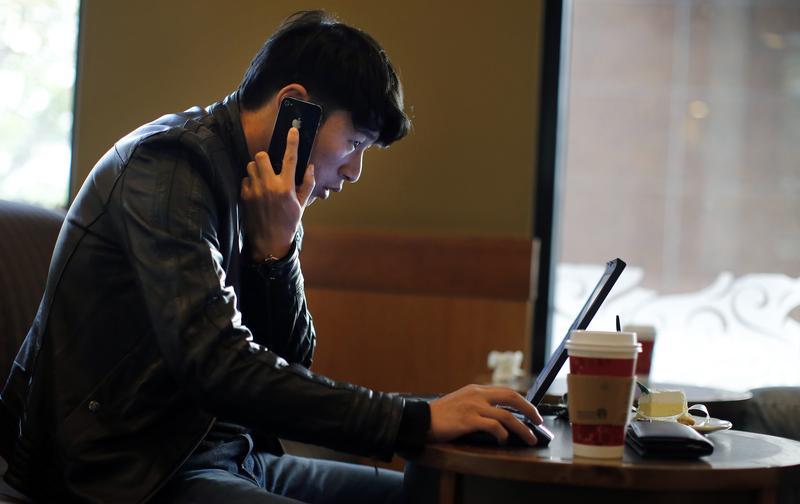 The hottest acronym in Chinese tech is O2O, or “online-to-offline”. Baidu, Alibaba and Tencent are rushing to connect half a billion smartphone users to local services, from taxis to takeaways. There’s huge growth – but this is an expensive battle. Breakingviews offers a download.

Connecting web users to real-world goods and services. Groupon, the Chicago-based group-buying site, is a pioneer, but O2O has since expanded to cover everything from travel to health.

While the term is more common in China, this is effectively what some of the world’s most valuable private tech companies do: think Uber with taxis or Airbnb in home rentals.

O2O mostly involves local services – dining, concerts, manicures, and so on. It’s a small but fast-growing chunk of the economy.

iResearch reckons O2O transactions will surge 32 percent this year to 309 billion yuan ($49.8 billion).That compares to an overall local services market worth more than 5 trillion yuan. And iResearch’s O2O figures do not count other sectors such as travel bookings, property rentals and auto listings, which are also being upturned by the mobile internet.

The main protagonists are the three giants that dominate China’s internet – Baidu in search, Alibaba in online shopping, and Tencent in gaming and social networks. Earlier this year Credit Suisse estimated the trio had spent $15 billion in a year on internet investments – 90 percent of the Chinese total.

The scale and financial firepower of “BAT”, as the three are known, makes the rise of standalone heavyweights less likely. Still, smaller groups such as car repair service Y1S, jobs site Zhaopin and door-to-door massage service Kung Fu Bear are trying to carve out their own niches.

Is anyone making money yet?

Not much. There are two problems. First, it’s early days, even if sales are soaring. China’s group-buying sites, which rely on charging commissions, are still mostly loss-making, analysts at Barclays reckon.

The second problem is trickier: splurging on subsidies and discounts to create new demand and grab market share. In this way, the country’s two top taxi apps burned 2.4 billion yuan in six months, state media reckon, before calling a truce and merging. They are now battling Uber in much the same fashion. Similar fights are also playing out in takeaways, travel, and movie tickets.

Baidu is probably best placed. Smartphone users are using search and maps to find nearby services and buy in groups. Baidu already owns the leading apps in both. Its 270 million map users can buy tickets for nearby cinemas and book Uber rides home, for example. Baidu’s database of more than half a million advertisers gives it a second edge.

Alibaba benefits indirectly through Alipay. The third-party payments platform, owned by Alibaba affiliate Ant Financial, has more than 400 million users for its wallet app, and is accepted by a growing crowd of offline businesses, including over 130,000 restaurants. Alipay users can now also directly order and pay for food deliveries as well.

Tencent’s gaming business is less suited to building an offline base of merchants. So it has relied more on minority O2O investments and partnerships. Still, the 549 million users of Tencent’s WeChat can hail a taxi or book karaoke rooms directly from the messaging app, for example.

What does it mean for investors?

Some O2O outfits will probably prove tremendous successes. Backing the best could eventually prove pretty smart. If the nascent sector follows the same growth trajectory as online shopping, China’s next Alibaba could emerge. Didi Kuaidi, the leading taxi app, is already worth $15 billion. Hence the frantic scramble to invest.

But others will do less well, or lose out to larger rivals. And some ventures may just not be as lucrative as online advertising or gaming. The United States offers a few pointers. At 32 percent, EBITDA margins at GrubHub, the food-delivery firm, are roughly half those at Facebook. Groupon has struggled, losing three-quarters of its value since floating.

For now this is not central to the BAT investment case. Alibaba, for example, has a market value of more than $200 billion, holds roughly $20 billion in cash, and should make nearly $8 billion in EBITDA this year. So while it may have spent $7.5 billion in a year on acquisitions and minority investments, on O2O and other things, that is not transformational.

That said, this is ultimately shareholders’ money. The more BAT spend on O2O plays that flop, or subsidise long price wars, the more investors should worry. That’s less cash for dividends or high-return investments in the core business. A more direct way for investors to gain would be to buy into the smaller niche players – and hope one of the giants delivers a premium takeover.

A week earlier, e-commerce group Alibaba and its financial services affiliate said they would invest nearly $1 billion in a joint venture focusing on local services such as food delivery.

A week earlier, e-commerce group Alibaba and its financial services affiliate said they would invest nearly $1 billion in a joint venture focusing on local services such as food delivery.